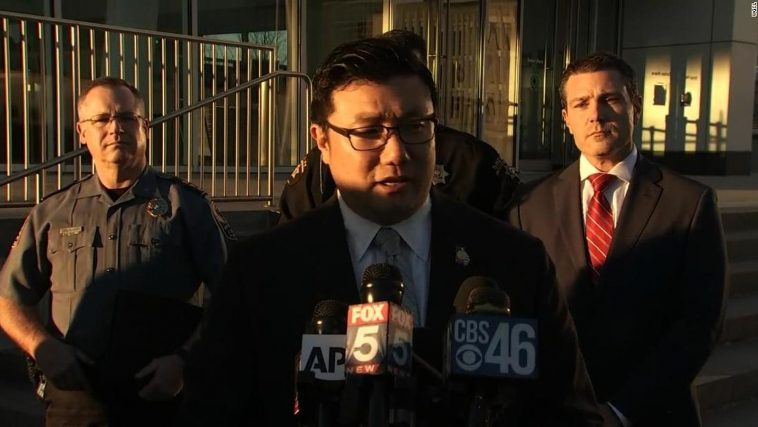 Democrat Speaker of the House Nancy Pelosi sent Donald Trump a letter Wednesday morning. In that letter, Nancy urged President Trump to reschedule the annual State of the Union address. President Trump is currently scheduled to speak to the nation on January 29.

The reason Pelosi cited for needing to reschedule the State of the Union was the cause of many a raised eyebrow among conservative commentators. Nancy Pelosi had cited unnamed “security concerns” that had been exacerbated by the partial government shutdown. The implication, of course, was that the Secret Service and the Department of Homeland Security might not be able to secure the State of the Union adequately.

Several news organizations reached out to DHS and the Secret Service for comment about Pelosi’s “security concerns.” Both organizations confirmed that the shutdown had not affected their ability to protect President Trump. DHS and the Secret Service stated that they were ready, willing, and able to secure the State of the Union address. Nancy Pelosi’s letter was built on a lie.

Later that same day the FBI announced that it had arrested a Georgia man, one Hasher Jallal Taheb. Taheb, the FBI said, had been planning an attack on a D.C. area synagogue, several federal buildings, and the White House itself. In fact, Taheb had been said to have possessed a hand-drawn map of the West Wing itself. Taheb had planned to carry out his attack with a backpack full of explosive devices and an anti-tank rocket.

Taheb had apparently come to the FBI’s attention based on a tip from someone in the community where he lived. He had contacted an FBI informant in August after he had put his car up for sale. Taheb allegedly told the informant that he had planned to visit hijra-a reference to ISIS-controlled territory-and needed to sell his car to raise the money for a passport. This was also, apparently, when he told the informant he hoped to target the White House and the Statue of Liberty in jihadist attacks.

Chris Hacker, Special Agent in Charge of FBI Atlanta said: Taheb is charged as the result of a year-long investigation by FBI Atlanta’s Joint Terrorism Task Force. We want to thank the Forsyth County Sheriff Office and Gwinnett County Police Department for assisting us with his arrest. The investigation is continuing, but at this stage it is believed Taheb was acting on his own.”

In other words, the FBI knew that Hasher Jallal Taheb had planned to carry out these attacks at least since August of 2018. They had been investigating Taheb for a year. The FBI sat on this information until today.

Let me rephrase that.

The FBI sat on information about suspected terrorist Hasher Jallal Taheb until the day Nancy Pelosi urged President Trump to reschedule the State of the Union address due to unnamed “security concerns.”

Everything in Washington D.C. happens for a reason. The timing of Taheb’s arrest just scant hours after Nancy Pelosi wonders if the president can truly be protected is too convenient to be chalked up to mere coincidence.

This begs the question: did Nancy Pelosi collude with the FBI to create a “security concern” that would force President Trump to reschedule the State of the Union until after the government reopened?

Would you really want to know the answer to a question like that?