When your neighbors and friends and co-congregationalists decide that you’re a vile, hateful sub-human because you wore a red MAGA hat and smiled while a Professional Leftist Activist bangs a drum inches from your face and then foments lies about the whole scenario, how do you un-ring that bell?

Well, as this post by John Hawkins at PJ Media postulates, we are very, very, very near a time in American society when These Things Just Cannot Be Walked Back:

what we’ve seen in the Kavanaugh hearings and with the Covington Catholic High School debacle is even more disturbing.

How do you live with people who are happily willing to brand a man as a sexual predator with no evidence against him merely because it benefits them politically? When you reach a point where a large percentage of liberals are willing to ruin a man’s life work and brand him as a rapist, not because of their honest appraisal of his guilt or innocence, but because he’s in the wrong political party, how do you live with them?

As disgusting as the Kavanaugh hearings were, what has been done to Nick Sandmann is even worse. Keep in mind, we’re talking about a teenager here and not someone like David Hogg who became a public figure by being on cable news every night. Nick Sandmann was minding his own business with his schoolmates and doing some school cheers in response to vicious homophobic slurs being hurled at his group by nutjob Black Hebrew Israelites. Despite the provocation, there was no brawl and there were no slurs hurled back at the kooky racists insulting Sandmann and his classmates.

Then, publicity-seeking liberal activist Nathan Phillips walked a long way to get in Sandmann’s face while chanting and beating on drums. Meanwhile, one of the people with him insulted the kids. This could fairly be seen as a provocative act, yet Sandmann didn’t insult him or push him away; he stood there smiling.

Then after it was all over, Phillips blatantly lied about what happened.

The logical consequence of Where This Is Going:

This is the world liberals are dragging us into with their myopic vision, unquenchable hatred for people who disagree with them, and their raging intolerance. Is this good for the country? No way. Will it produce a better America? No. Is it entirely possible that this sort of thinking could lead to increasing amounts of political violence? Absolutely, because you can’t live in harmony with people who think there’s no punishment too great for people who wear hats designed to support their political opponents. We keep hoping against hope that saner heads will eventually prevail on the Left, but so far voices of sanity are few and far between. 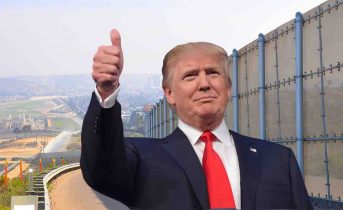