Well, let’s see if we can sort this “tax return” subpoena stuff out.

This article seems like a good reference as a starting point. Of course, the devil is always in the details with anything this complicated.

The chairman of the Committee on Ways and Means of the House of Representatives will be Rep. Richard Neal (D-Mass.) in the 116th Congress.

So phase one will no doubt be something like “unfortunately someone used BleachBit on the drives holding citizen Donald Trump’s tax return. The good news is that once we find the key to the 1982 Xerox copying machine, we can run you a copy. Assuming we can still get cartridges, of course.”

Phase two will be that President Trump won’t give consent so they can only look at them in closed executive session. What’s not obvious to me is what the Committee can say about something that they have to review in closed session.

Interestingly, this all loops back to Lois Lerner’s (boo, hiss!) releasing of the tax returns of fifty one people associated with conservative causes in 2014 including Crossroads GPS at the behest of the Ways and Means committee. The reason the Ways and Means Committee used was — actually, they didn’t give one which is at the crux of the issue since if this Committee can release returns of citizens at their whim, we’re faced with the situation we will likely have with President Trump’s tax return.

Basically, there’s language that says the Ways and Means Committee can share information with the Senate and the House — which kinda means that they can release it to the public. I’m not sure I understand all this either but I’m sure we’ll hear a lot about it going forward.

Executive privilege is the proposition that certain confidential or sensitive communications within the executive branch are constitutionally protected from compelled disclosure to its co-equal branches.

So how would executive privilege apply? Since it’s not a law but a loose understanding, President Trump could make it mean anything he wants it to mean which, of course, would be immediately challenged in court. For instance, the Congress should not have the ability to request the tax returns from every member of the Executive Branch so this seemingly unlimited power by Congress to request returns would seem to have limits. Perhaps President Trump will be adding “except when an action of Congress is for the intent of removal of a president through means other than prescribed through impeachment.”

Of course, President Trump could surprise us all by taking a delaying action, keeping them baying at the moon, and then simply announce “hey guys, the audit is over. Here are my tax returns. Enjoy!” I think I’d target this for just after the 2020 primaries so that the Democrats can make it a huge campaign issue and then the President just takes it off the table.

Wouldn’t that be fun? 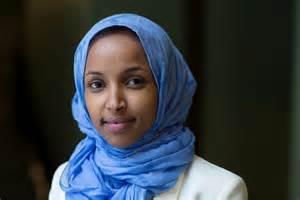