The Tweet (linked here) shows this photo of a prayerful Pence captioned with a jab at border security stating: 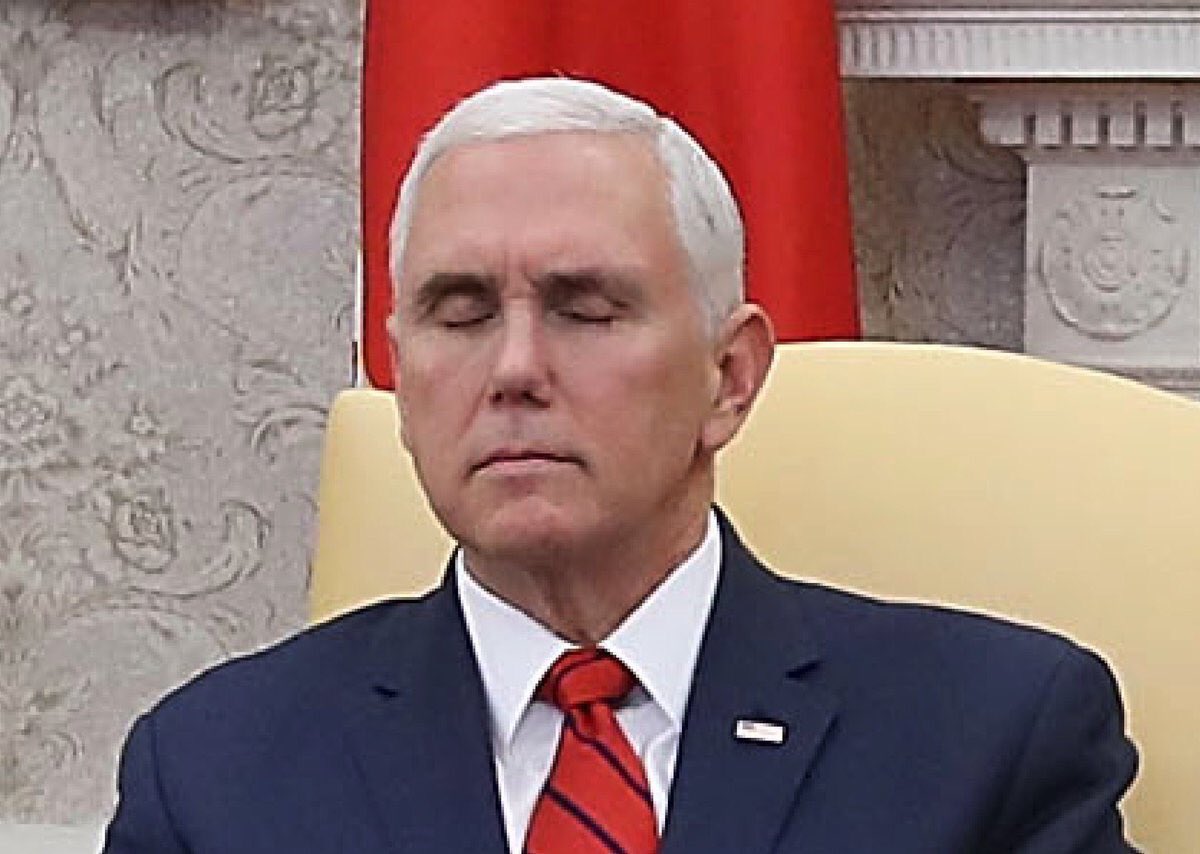