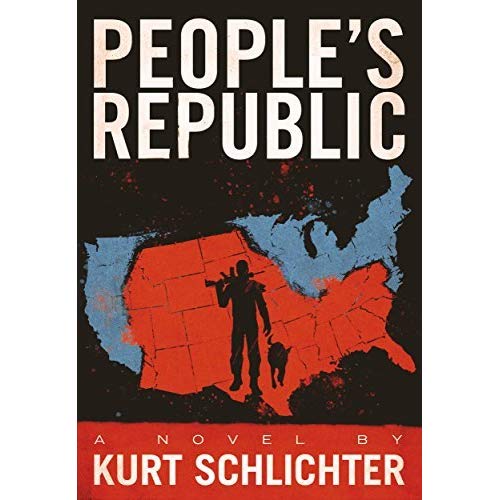 Welcome to the People’s Republic of America circa 2034.

Things are hunky-dory in the new US of A – a capitalist republic stretching from eastern coal country  westward to open desert beyond the Great Salt Lake. Life in The Blue, however, is more reminiscent of present day Venezuela.

An uneasy truce exists between the USA and the PRoA; and the huddled masses of the new socialist state of California yearning to be free are penned in by a wall built by Mexico on the south and a deadly neutral DMZ on the east.

Consider the New Utopia: proles are issued ration cards (called “rat cards”) by the elites, the worker bees wear blue shirts and denim slacks as they serve their masters, and a slip of the tongue such as calling a food facilitator a waitress or mis-gendering a “people” can land the miscreant in front of a Revolutionary Court.

Schlichter’s Rainbow Coalition dystopia will give you the creeps.

All three are available in e-book formats. Print copies do exist but are more difficult to come by.