SITE MANAGEMENT WOULD LIKE TO APOLOGIZE FOR THE IMAGE OF BARACK OBAMA. OUR IMAGE SELECTING SOFTWARE KEPT SELECTING HIM WHENEVER WE SEARCHED FOR TURKEY.

WE HAVE TOP MEN WORKING ON THIS

I’ve never understood the whole “pardoning of the turkey thing.” Let’s first understand that there are no executive orders or acts of congress relating to the pardoning of turkeys. If the President wants to line them up against the wall of the White House, he’s free to do so.

Last year the President pardoned Drumstick, a 36-pound turkey, from Minnesota. And what good did that do the President? Not much in the mid-terms, that’s for sure! I understand that Minnesota leads the country in turkey production (surprising no one) but holy frijoles you’d think he’d be looking for a little more friendly territory!

This year, President Trump will pardon a bird from South Dakota. I’m not sure what that’s all about. South Dakota is 13th in turkey production.

About 95% of the turkeys in South Dakota are raised by the Hutterite community. Well, I suppose this ought to lock up the Hutterite vote! Unfortunately, the Hutterites don’t vote!

Since it’s possible that some of you need to be educated on who the Hutterites are:

The Hutterites are a communal people, living on hundreds of scattered bruderhöfe or colonies throughout the prairies of northwestern North America. On average, fifteen families live and work on the typical Hutterite colony, where they farm, raise livestock and produce manufactured goods for sustenance.

The communal lifestyle of the Hutterites finds its roots in the biblical teachings of Christ and the Apostles. Emerging as a distinct culture and religious group in the early 16th century, this non-resistant Anabaptist sect endured great persecution and death at the hands of the state and church in medieval Europe. However, the Hand of God remained on the shoulder of these people, and their descendants survived to battle to this very day.

The turkeys are given a suite at Willard Hotel prior to the ceremony. If you’ll be staying at the Willard, you might try to avoid that particular suite.

So what happens to the turkeys that are presented to the President? They spend their remaining days at Gobblers Rest, inside the Livestock Judging Pavilion at Virginia Tech. I have no idea why.

Another oddity of this entire situation is that the turkeys presented to the President are toms while Thanksgiving turkeys are usually hens.

Fortunately, we have PETA to chime in on the entire turkey issues and provide the SJW slant:

Fortunately, NBC had the good sense to not accept this ad for the Macy’s Thanksgiving Day Parade. Why I’m not sure; seems pretty SJW-ish to me!

I’m thinking that the President should donate the turkeys to the caravan at our border:

Maybe not. There’s no way this entire turkey thing is going to end well. I’m thinking the best approach might be just to send out for a taco salad from the Trump Tower Grill. 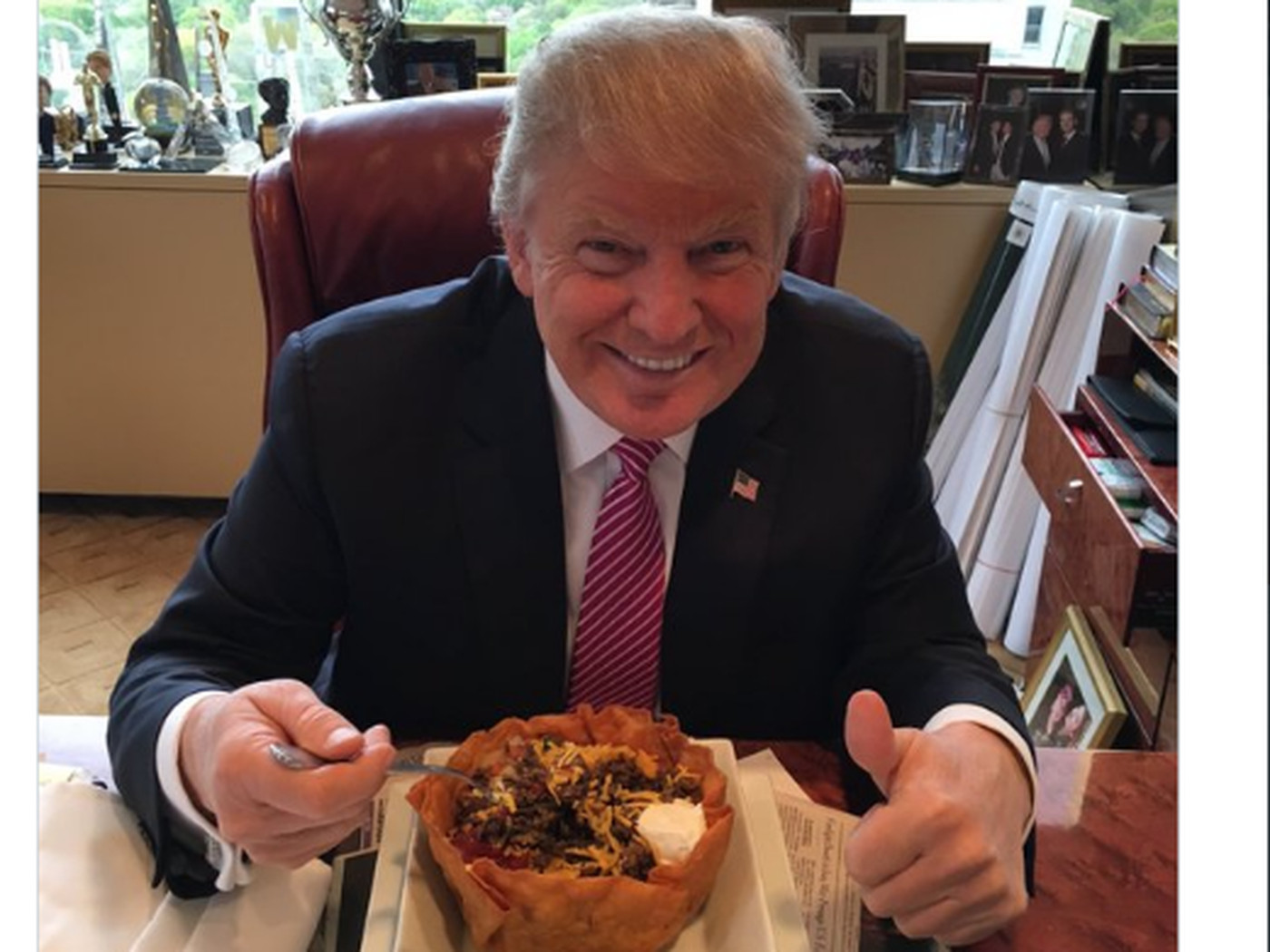