Richard Spencer, the political activist who has been described by various sources as a white nationalist, a racist, a Nazi, and “who the hell is that” has found himself in a bit of trouble, apparently. Nina Kouprianova, Spencer’s wife, alleged in divorce filings that Spencer was physically abusive towards her during their nearly eight year marriage.

Kouprianova, a Russian ethnonationalist (it’s a word, look it up bigot), stated in court documents that she was hit, grabbed, and dragged by her hair on more than one occasion. Kouprianova also stated that much of the abuse happened in full view of the couple’s young children.

Richard Spencer has denied the allegations.

Here’s a reminder that this is one of the scumbags that President Trump calls “Very fine people”.

Maybe the man who was investigated for running a massive Ponzi scheme shouldn’t throw stones from his glass house?

Nazi abuses Putinist. This story will only get better with time. A scorned wife will talk … and talk a lot. https://t.co/pPcu7EKyl1

When your tradwife goes mod…https://t.co/X0GbiRWJSj

What the hell did I just read?

Richard Spencer beat his wife, so now is a good time to watch him get his racist ass beat over and over again. Because fuck that guy. pic.twitter.com/HqiTpGvYUq

Nothing weird about watching a man getting sucker punched over and over again.

So Richard Spencer’s wife Nina Kroupiianova filed for divorce and stated that Richard was physically violent and abusive to her? You mean a white nationalist leader who throws up nazi salutes, and participates in violent rallies around the country, was violent towards his wife? pic.twitter.com/zQ7ir9wiYu

A mini thread: Don’t ever forget that Nazi and white nationalist ideologies are intwined with misogyny and gender violence. To them women exist to reproduce and serve the agenda they’ve established. https://t.co/J6aAZhZfIc

Good thing it’s only evil, right-wing Nazis that use women purely to push their political agenda.

“Richard Spencer” was sent trending on Twitter last night as Leftists across the country engaged in this massive circle jerk. Because a Leftist’s self-worth is tied to how vehemently they condemn a Nazi.

No one knows who the hell Richard Spencer is.

The Mainstream Media and the Left (but I repeat myself) has put Richard Spencer on a pedestal for years. They’ve treated him as the racist prophet for the larger conservative movement as a whole. In doing so they’ve attempted to give Spencer much more of a platform than he actually has. In doing so the media has ignored the fact that no one except for Leftists and those of us on the right who would consider ourselves political wonks has zero clue who Richard Spencer actually is.

I’ve followed politics for most of my adult life, to the point where it’s more of an obsession than a hobby. Every single time Richard Spencer makes the news I have to look him up on Google and remind myself who he is.

Don’t believe me? Try this experiment some time. Pick a random friend from your contact list. Call them up. Ask them who Richard Spencer is. I will guarantee the first response you get will be “who the hell is Richard Spencer?” Followed by “why are you calling at 3:00 AM and…is that you staring through my window???”

The Media’s hyperventilation over the latest Richard Spencer “drama” is nothing more than a sad, pathetic attempt to link him to the broader conservative movement. It’s a desperate move to discredit a movement that has spent the better part of the last two years kicking the Left’s asses in every way imaginable.

The only thing to do is shake your head and laugh. 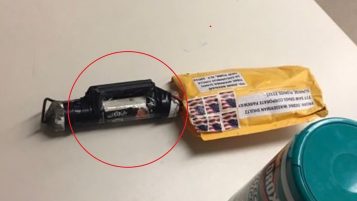