This is an important start to pushing back against the various leftist nutcases who are making up stories about Kavanaugh to try to derail his nomination. There must be legal consequences if we are to forestall this from happening in the future:

The Senate Judiciary Committee made a criminal referral Saturday for the Rhode Island man who claimed Judge Brett Kavanaugh sexually assaulted his friend on a boat in 1985, asking that he be prosecuted for lying to Congress.

In a letter, Judiciary Committee Chairman Chuck Grassley (R-IA) asks Attorney General Jeff Sessions and FBI Director Christopher Wray that the accuser, whose name was redacted, be investigated for “potential violations of 18 U.S.C. §§ 1001 and 1505, for materially false statements [he] made to the Committee as part of its investigation of allegations against Judge Kavanaugh.”

The accuser’s name has been redacted in all Senate documents since this allegation first became public with the release of a transcript from Kavanaugh’s Monday conference call under penalty of felony, in which he cateogorically denied it. Journalists, however, were quickly able to find the social media account referenced along with the allegation. The account identified itself as “Jeffrey Catalan” and had been used to make calls for President Donald Trump to be overthrown by a military coup and accusations the president had murdered someone  in 1983. The account describes its owner as a “Graphic Artist, Artist, photography and writer. Hippie, First Responder, Father and Grandpa” from Tiverton, Rhode Island.

The Jeffrey Catalan account promptly retracted the allegation Wednesday night, claiming he made “a mistake” when he claimed a 20-year-old Judge Kavanuagh sexually assaulted a woman on a boat and that he then severely beat Kavanaugh for it. Grassley’s Saturday letter references this retraction, confirming the identification of the accuser as “Jeffrey Catalan,” although, because of the redaction, it is still not clear if that is the man’s real name. 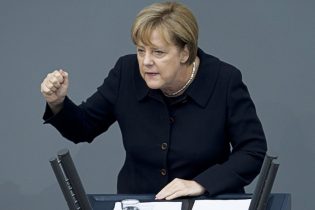