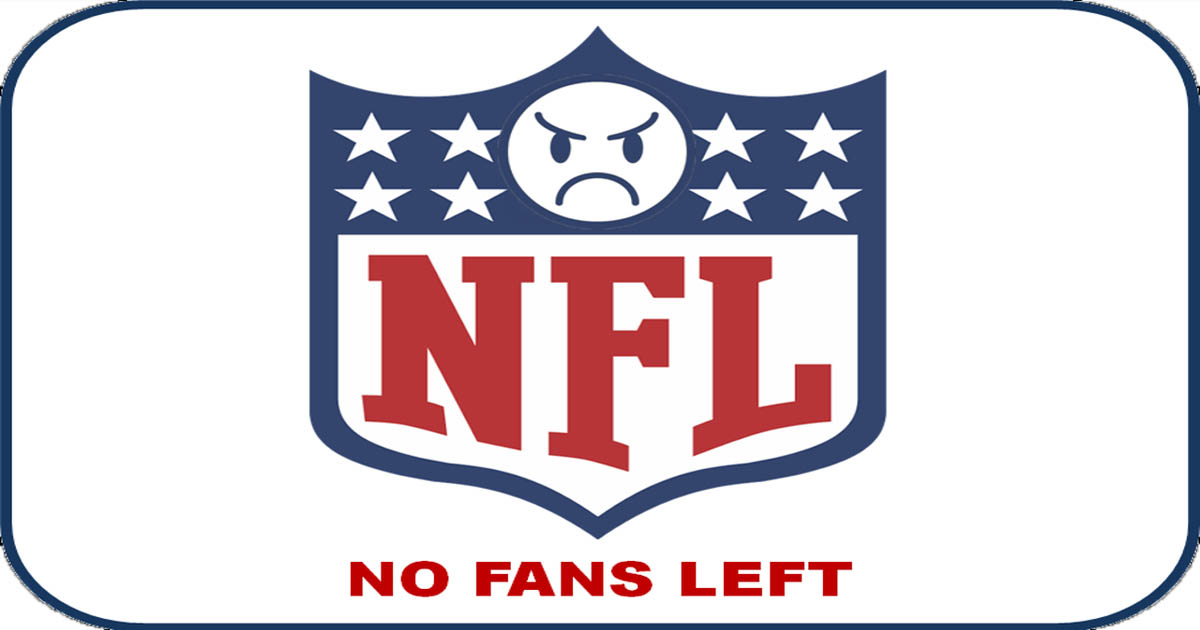 Trump, who started a fight with the NFL last year over the refusal of several football players to stand for the national anthem, is poking some fun at the league as its ratings plunge as a result of their refusal to get the players to respect the flag:

President Donald Trump took to Twitter on Sunday morning, to lament the massive ratings loss the league suffered in their season opener on Thursday night.

“Wow, NFL first game ratings are way down over an already really bad last year comparison,” the president Tweeted on Sept. 9. “Viewership declined 13%, the lowest in over a decade. If the players stood proudly for our Flag and Anthem, and it is all shown on broadcast, maybe ratings could come back? Otherwise worse!”

As Trump noted, ratings have been cratering for professional football for the previous two seasons, and it seems that the 2018 season is destined to become a third lousy season, at least if last week’s debut is any indication.

In 2016 the Denver Post noted that ratings for Monday Night Football were down by 20 points. Overall the NFL lost about 8 percent of its audience in 2016. And an accounting of the 2017 season found ratings falling an additional ten percent.