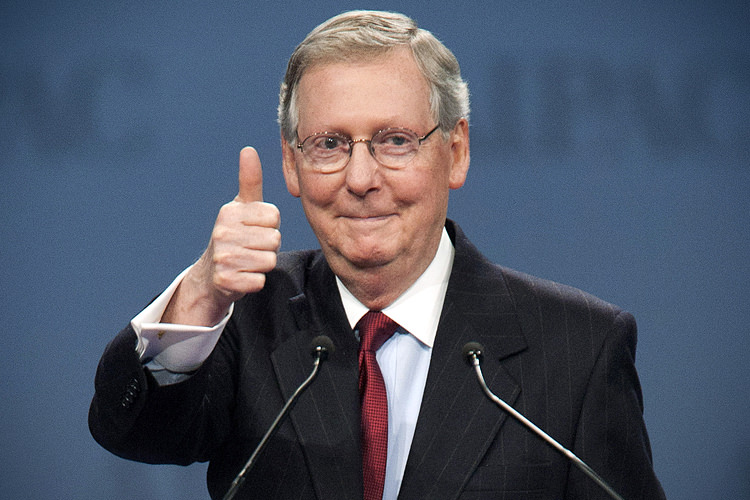 The hearings are going to be fiery for the next four days if the Democrats have anything to say about it. They want all the documents involving Supreme Court nominee Brett Kavanaugh to be released or else they will throw a massive temper tantrum. Of course, the documents are not the problem, it is the fact that the Republicans get to name this Supreme Court replacement.

But they will make the public believe wholeheartedly that they just want an open and transparent process or something:

For eight weeks since President Donald Trump nominated him for the swing seat on the Supreme Court, Brett Kavanaugh’s judicial record and legal philosophy has gotten lost amid disputes over his partisan past and withheld documents.

But when the Senate Judiciary Committee holds four days of hearings this week, those controversies probably will take a back seat to issues affecting millions of Americans: Abortion. Guns. Health care. And, inevitably, the president himself.

Kavanaugh, 53, will be questioned for 17 hours or more about the conservative views he espoused in more than 300 opinions and dissents over 12 years on the U.S. Court of Appeals for the District of Columbia Circuit – a traditional steppingstone to the Supreme Court.

For half that time, Republicans who have fawned over Kavanaugh since his nomination July 9 will call attention to his pedigree and character: Yale University and Yale Law School, three prestigious federal court clerkships, nearly a decade of public service and a reputation for open-mindedness and collegiality.

For the other half, Democrats whose opposition is all but assured will highlight the Washington native’s rulings and writings on controversial issues and seek assurances on how he would rule in future cases – questions Kavanaugh will parry without making any promises.

“There will be sparks at this hearing. Sparks will fly,” said Sen. Richard Blumenthal, D-Conn. “And there will be a lot of heat.”

There already has been a lot of money spent on both sides of the Kavanaugh nomination, nearly all of it in the few states from Maine to Alaska where senators’ votes are in play. Conservative groups including the National Rifle Association have spent more than $4 million on television ads alone, outpacing liberal groups concerned about abortion rights, health care and the financing of election campaigns.

Not since Justice Samuel Alito replaced Justice Sandra Day O’Connor in 2006 has the ideological balance of power on the court been threatened. Kennedy was the perennial swing vote on social issues ranging from abortion to same-sex marriage. Kavanaugh is likely to align more reliably with the other four conservative justices.

To that initial hurdle, Trump’s choice of Kavanaugh from a list of 25 potential nominees added several others. Kavanaugh’s career choices have included a stint investigating President Bill Clinton, which led to his impeachment, and working for President George W. Bush as deputy White House counsel and staff secretary.

The paper trail from those jobs proved to be too voluminous for the Senate to pile through before the high court’s 2018 term opens in October, or even before the midterm elections in November. So Republicans have released only those documents they consider most relevant – about 440,000 pages for senators to see, and fewer than 300,000 publicly.

That’s far more than for any previous Supreme Court nominee. But Democrats said millions of pages have been withheld. Friday, the Trump administration said it would withhold more than 100,000 pages on the basis of presidential privilege.

“We were not able to get a lot of documents we felt we were entitled to,” said Sen. Dianne Feinstein of California, the top Democrat on the committee. “We’re laboring under this disadvantage.”

Now the left is pressuring the Senators on the judiciary committee to boycott the hearings and walk out of the testimony.

My response? GOOD. If I chaired that committee, I would then announce that the Republicans are satisfied with the credentials of the nominee and will now vote to move him to the floor. But since the Republicans in the Senate were all taught the art of losing to the Democrats by the only American who was ever great, John McCain, they will not do something so cutthroat.

Groping Joe Biden seems to agree with me that this is a significantly stupid idea by the left to have the Senate Democrats walk out.

Some left-wing activists have been urging Senate Democrats to walk out in protest because they feel Democrats have not had enough time to review all of Kavanaugh’s documents, but Biden reportedly said during a Pittsburgh Labor Day parade that Democrats should “stay in the room, demand answers and keep pointing out that they have not given the material that was expected to the committee.”

Brian Fallon, Hillary Clnton’s former spokesperson, reportedly said on CNN on Monday afternoon that Democrats should “consider walking out of the hearing tomorrow.”

“What’s the point of even Democrats showing up,” Fallon reportedly said. “If I were them, I’d consider walking out of the hearing tomorrow. You cannot act like this is business as usual… This is not normal. I think Democrats need to respond in kind. Otherwise, they risk lending legitimacy to a process that’s fundamentally illegitimate.”

And the at least one of the Democrat Senators seems to agree with Biden, dumping water on their base’s fires yet again.

On Sunday, Meet The Press host Chuck Todd mentioned to Sen. Amy Klobuchar (D-MN) that “some folks are suggesting that you guys should just walk out of the hearing.”

Klobuchar said she thought it would be “much more powerful” if Democrats asked tough questions.

“Okay, that’s interesting. I think you have incredible senators on there, like Cory Booker and Kamala Harris and Dick Durbin, Mazie Hirono, Dick Blumenthal and Dianne, you name it, Chris Coons,” Klobuchar replied. “I think it’s much more powerful, if we go in there, and we ask the questions, Patrick Leahy. We need that opportunity to ask the questions. And if we just walked out, it would simply be one side asking the questions. So I don’t think that’s the way you examine a nominee and get the facts out.”