Sunday, September 9, 2018, marked the second anniversary of Hillary Clinton labeling over 65 million people in this country as “deplorable.” The speech in which she talked about putting normal, working-class Americans into a “basket of deplorables,” galvanized President Trump’s base. Those of us who supported then-candidate Trump took Crooked Hillary’s insult and made it our own.

Naturally, President Trump felt it was necessary to mark this momentous anniversary with what is probably his most epic troll to date.

Proud deplorables across the nation celebrated with the president.

WE ARE VERY PROUD DEPLORABLES!

We the people love and support you Mr President and here’s a little something for everyone to enjoy.. pic.twitter.com/y0rqQLZB3R

Leftists, however, were less enthusiastic, and showed the world that they still haven’t gotten over Hillary Clinton losing to an amateur.

You know who I see talking about racism, sexism, homophobia, etc.?
Leftists.
You know who isn’t worrying about any of those things?
Deplorables.

That’s an excellent point.
Here’s my counter:
Get Some! pic.twitter.com/GiSJTx3oDN

Oh, that reminds me, I’m almost out of toilet paper!

Aww, how cute. They still think Mueller’s going to save them!

This coming from someone whose username is “This Grandma Hates Trump.”
Okay, sweetie. 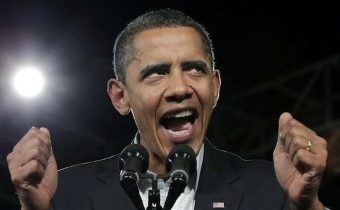