President Donald Trump has just directed the Department of Justice to publicly release all text messages relating to the Russia investigation. These messages will be released without redaction and will include the text messages of James Comey, Andrew McCabe, Peter Strzok, Lisa Page, and Bruce Ohr.

This will also include any text messages in possession of the subordinate agencies like the FBI.

WH: Trump has “directed the Department of Justice (including the FBI) to publicly release all text messages relating to the Russia investigation, without redaction, of James Comey, Andrew McCabe, Peter Strzok, Lisa Page, and Bruce Ohr.

@Acosta How many agents will be compromised or killed by this stunt? He is hoping they refuse based on the VERY legitimate national security risk involved.

@Acosta Isn’t this considered abuse of power? I didn’t think that was legal…

@Acosta Still after Bruce huh? Nunes must be after him again. All he is doing is obstructing justice again. 12,000 counts by now! He is so parhetic.

Also, hat tip to commenter Lolo, Trump will also be ordering the release of FISA documents that Congress has been requesting: 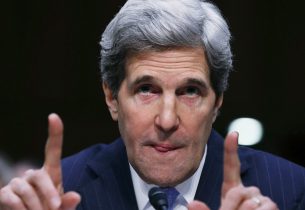