“President Trump’s actions over the last week are beyond outrageous,” the Virginian said in statement late Monday. “His tactics are reminiscent of another president who abused his office to settle scores and punish critics.”

Mr. Warner’s amendment would prohibit the stripping of a security clearance except as outlined by federal procedure.

“By revoking or threatening to revoke the security clearances of former intelligence officials who have criticized his conduct in office, President Trump is setting an extremely dangerous precedent,” Mr. Warner added. “He’s using the powers of his office in an attempt to intimidate and silence his opponents, and he is politicizing a process that is, by design, supposed to be non-partisan and apolitical.”

Last week, Mr. Trump revoked Mr. Brennan’s security clearance and announced that several other former Obama-era officials whom he believes have crossed him may be stripped of their clearances. Former FBI Director James B. Corey, former FBI agent Peter Strzok and former acting Attorney General Sally Yates are also on the list.

Following the president’s announcement, nearly 200 former officials stood in solidarity to denounce the revocation of security clearances, with more than a dozen top members of the intelligence community accusing Mr. Trump of using the move as a strategy to snuff out dissent.

Mr. Trump, however, has argued that some former officials should lose their clearances after using them for political and personal gains.

On Monday, he doubled down on Mr. Brennan, accusing the former CIA director of being in cahoots with the special counsel Robert Mueller’s investigation in Russian election meddling. 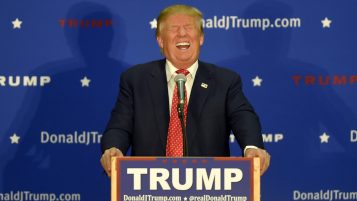