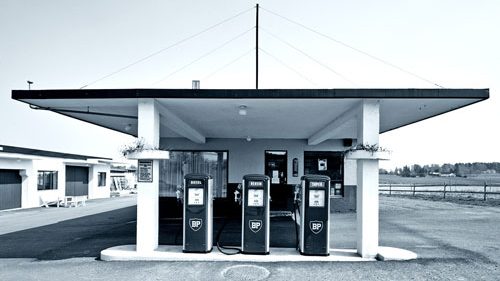 Judge T.S. Ellis, the man presiding over the criminal trial of former Trump campaign chief Paul Manafort, said Friday that he has received threats about the case — and now travels with protection from the U.S. Marshal Service.

Speaking at a hearing outside of jurors’ presence, Ellis also said he has no plan to release the names and home addresses of those 12 people now deliberating Manafort’s fate because he is worried about their “peace and safety.”

“I had no idea this case would excite these emotions, I can tell you that frankly,” Ellis said, as jurors continued their second day of deliberations in U.S. District Court in Alexandria, Virginia. “I don’t feel right if I release their names.”

“I have no reason to believe that if those names are unsealed there won’t be threats against them,” Ellis said of the jurors, who do not have protection by U.S. Marshals.

Media outlets including NBC News had requested the names and addresses of the jurors be unsealed.

To be clear, if CNN gets their names and addresses, I'll never serve on another jury. CNN Sued The Government For Names, Addresses Of Manafort Jurors https://t.co/2hzvgGwmJW

The jury in the trial of former Trump campaign chairman Paul Manafort ended a second straight day of deliberations without a verdict and will return Monday morning, as President Donald Trump on Friday called Manafort a “very good person” and the trial “very sad.”

“I think the whole Manafort trial is very sad. … I think it’s a very sad day for our country,” the President said at the White House. “He happens to be a very good person, and I think it’s very sad what they’ve done to Paul Manafort.”

The argument that conservatives should just “FORM A NEW FACEBOOK!” just doesn’t work in the face of this widespread attack on the internet from the left. You can’t just create a “New Conservative Facebook,” a conservative would have to —if the “free market” as it currently exists on the internet is allowed to continue— lay down lines for internet all over the world or use a wifi mesh type system, then form a new banking system, then form a new company to process payments, then form a new company to give out domain names, then create a new server, AND THEN form a new conservative Facebook. Which will all be promptly shut down by government regulators for allowing hate speech, nazis, ISIS, militia groups, or someone with overdue library books or speeding tickets to log onto the service.

Now, the majority of the members of the clergy in the Catholic Church are wonderful Servants of God, I am sure.

However, just like mold on a loaf of bread causes the whole loaf to be thrown away, these all-to-often revelations of Catholic Priests using their authoritarian powers to perpetrate sexual abuse on the most innocent among us continue to tarnish the denomination.

The secular influence of the situational ethics and relative morality of modern culture has already shrank the numbers of the Catholic Church in America and several Protestant Denominations, as well.

It is time for the Catholic Church’s Leadership to take a stand against the clear and present evil within its ranks and tend to their flock.

They can start by putting back on the “Full Armor of God”, instead of relying on the failed philosophy of man.

The word Nigger was rude in the same way that Polack, Spic, Mic, or Wop were rude. It was best to only speak rude words with a close friend and I damn well wouldn’t have said them around my parents. “Damn”, by the way, was also another word you didn’t say around my parents without repercussions.

You also knew that if you said one of these words to someone WHO WAS actually a Nigger, Polack, Spic, Mic or Wop, what would ensue next was a fight. Not being a good fighter, as we have already ascertained, I never used any of them in this context. To my recollection, when it did happen around me, there was a lot of testosterone and chest thumping, which usually ended with “I don’t like that word” and “then don’t make me use it by being so stupid.” And that was that.

In ancient male behavior (i.e., Prior to the 1980s), people like my father would walk up to someone in the plant whose ancestor quite likely came from Africa and say “hey, Nigger!” which would be responded to by “What you want white boy?” Part of the trick was that both parties needed to smile. I learned early on that you can say most everything as long as you smile. The use of these terms in this manner simply said “we’re both equal in status and that ain’t saying much.” Again, if either party objected, usually some other term would be selected such as “bald guy” or “dip shit.” This male behavior is pretty much lost to history at this point.

Somewhere along the line, people whose ancestors quite likely came from Africa were never taught “sticks and stones will break my bones but words will never hurt me.” Today it’s “words really hurt me and I’m going to fight back with sticks and stones.” I mean, REALLY?!

I’m in @Omarosa’s book on page 149. She claims to have heard from someone who heard from me that I heard Trump use the N-word.

Not only is this flat-out false (I’ve never heard such a thing), but Omarosa didn’t even make an effort to call or email me to verify. Very shoddy work.