If you had any doubt that the federal government has no business in healthcare, this ought to remove any lingering doubt.

I recently reported on the genesis of the Opioid Crisis. Well, it seems that trying to solve the crisis has spawned an opioid shortage crisis!

The opioids we’re talking about here are injectables that are often supplied through IV injection including hydromorphone, morphine and fentanyl. Shortages of these particular drugs were caused by production delays due to a number of changes and upgrades at a Pfizer facility in Kansas. The shortage has been further exacerbated by recent issues related to manufacturing quality at the same facility.

The plant was one of a number Pfizer added when it acquired Hospira in 2015 for approximately $17 billion.

The way hospitals are reacting to these shortages is often to switch to other drugs such as an IV version of Tylenol called Ofirmev which is $40 for a 1,000-milligram dose. 1,000 milligrams of Tylnol in pill form costs pennies. It is unclear whether the IV version is any more effective than the pill version.

By now you’re asking “why doesn’t another company make the opioid injectables?” The base materials to produce opioid medicines are all controlled by the DEA (Drug Enforcement Administration) and each company is given an annual quota. In October 2017, the DEA announced it would be reducing the amount of Opioid Controlled Substances to be Manufactured in 2017 in response to the opioid crisis. Taken together what this means is there is less base product to go around and DEA regulations do not allow an increase in a quota to increase production at another facility.

In March 2018, Dick Durbin sponsored a bill called the Opioid Quota Reform Bill to give the DEA the ability to modify quotas. This bill is still working its way through Congress.

However, even once this is passed, companies won’t be able to simply turn on the faucet.

Dan Motto, executive vice president for U.S. injectables at West-Ward Pharmaceutical Corp., the second-largest supplier of these opioids, was quoted as saying:

It’s not like we have a plant that’s half empty and we can suddenly just use that extra space to make more product . There’s a lot of work done to figure out how we fit these opioid products into the production schedule. It’s adding extra shifts and paying overtime and making capital investments.

To be clear, we’re not discussing the pills that have been at the heart of the Opioid crisis but rather medications that are given intravenously for people having surgery, fighting cancer or suffering with severe burns.

Once again, a political solution to a medical problem fails to anticipate the unintended consequences.

But it will all be OK. In June 2018, sixteen senators wrote a stern letter demanding the FDA do something about the injectable opiate shortage.

You just can’t make this stuff up! 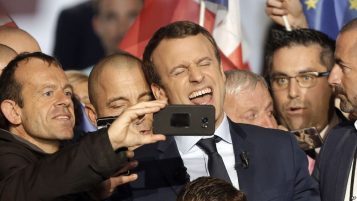