Gather round boys’n girls, as President Trump exercises his Constitutional Authority and announces his latest Supreme Court pick. Or as the Left is probably foaming about, “telling us who PUTIN wants on the Supreme Court!!!!!eleventy!!!!”. Either way, no matter who it is or how qualified they are, you can rest assured that they will be OUTRAGED, at least as soon as their brains have stopped melting and they just can’t even and so on.

My money is on Gal Gadot but feel free to speculate away until the WINNING starts at 9PM EST.

It is Brett Kavanaugh. The guy is strong on immigration, against the ACA, and supports gun rights. The only downside are his comments over Roe Vs. Wade.

The Federalist Society supports him strongly:

It’s not for nothing that on Sunday the Federalist Society’s Leonard Leo, who has been Trump’s most important adviser on court nominations, singled Kavanaugh out as one of the two most promising contenders for Kennedy’s seat, alongside the Seventh Circuit’s Amy Coney Barrett.

But here are several immigration rulings: 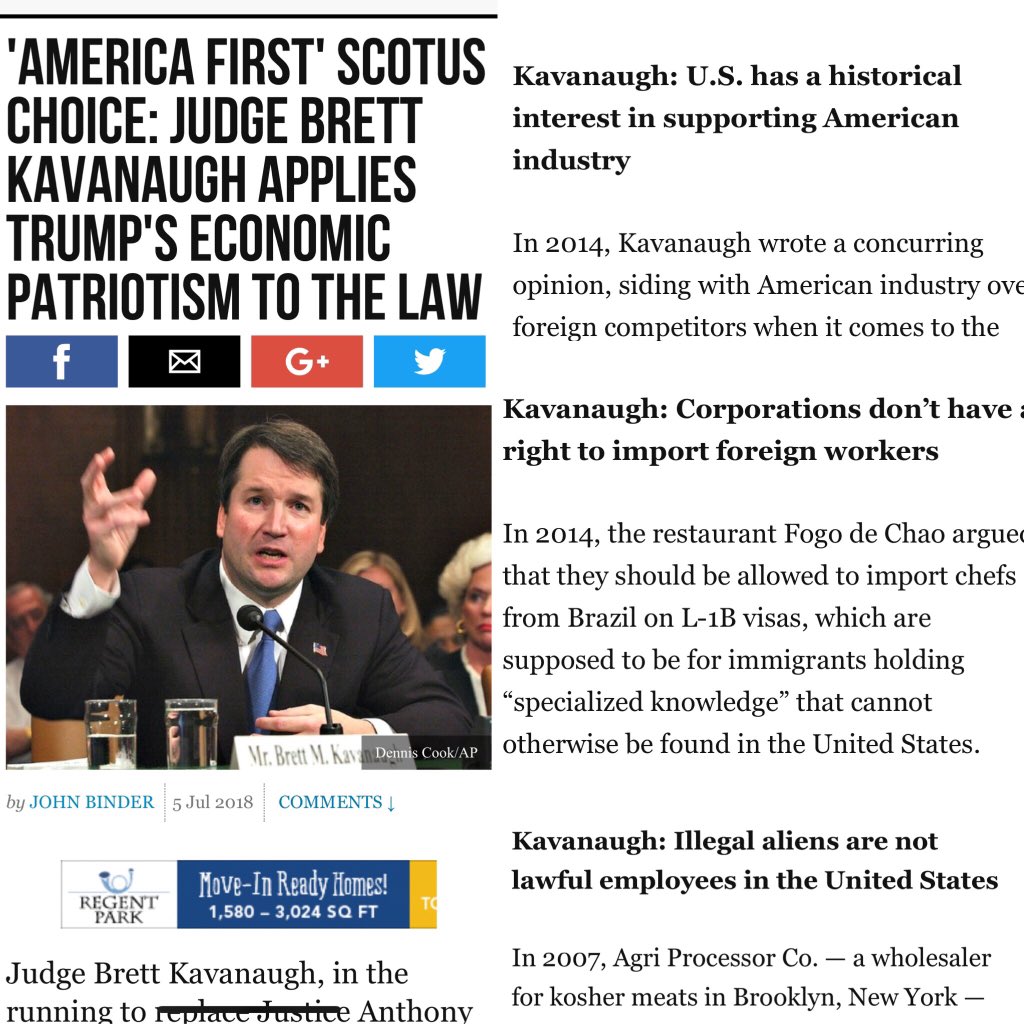