The NFL is facing more pressure from Trump, and Rick Moran thinks they are going to lose again:

In what he sees as a possible solution to the problem of NFL players kneeling in protest during the national anthem, Donald Trump says he will meet with protesting players and ask them to recommend someone whom they feel has been unfairly treated by the justice system.

The proposal won’t go anywhere, which is exactly what Trump expects. His effort to “reach out” to protesting players may or may not be genuine, but it puts the protesting players on the defensive. Trump has made the first move. If the players, as expected, spurn his advance — and probably call him all sorts of names in the process — the players look small and petty while Trump looks large and magnanimous.

If there are any takers among NFL players, it is doubtful their suggestions would meet with Trump’s approval. Activists have been working for decades to free Mumia Abu-Jamal, a former Black Panther, who murdered a Philadelphia police officer. There has also been a longtime push in the black community to pardon Assata Shakur, a member of the Black Liberation Army, who was convicted of murdering a state trooper in 1978. Shakur later escaped and and fled to Cuba. Pardoning either of those murderers would enrage most Trump supporters.

Leftist virtue signalling will make it impossible for any of these NFL players to accept Trump’s offer, lest the other SJWs in the NFL melt down and ostracize anyone who tries to play nice with Trump. The protests are ostensibly about police brutality and a supposedly unfair justice system, but in reality they have morphed into anti-American/anti-USA protests, and everyone understands this even if the left will not admit it publicly.

I wrote previously about how unsympathetic the NFL looks – a bunch of spoiled rotten, insanely wealthy playboys protesting the country which made them rich – and refusing Trump’s offer is only going to add to their declining public image.

It will be interesting to see how much the NFL’s ratings crash this season. 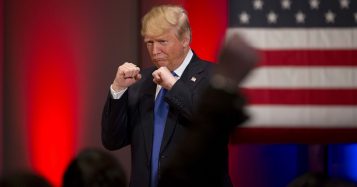