I got some more Manticore: Galaxy On Fire (SW) in, along with some Left 4 Dead 2 (PC) and at the arcade I played through the full Teenage Mutant Ninja Turtles arcade game as well as Redline Rampage Gas Guzzlers, an obscure racer that I got my hands on last week (and the one responsible for my sub-par post last week as it took up all of my time). My son has started playing Kerbal Space Program in between Ark…his uncle is trying to get him to play KSP for the “science” 😉

Cliffy B Throws In The Towel On His Studio, Boss Key Productions

Bethesda Announces Rage 2 – I recall when the first Rage was announced, it was treated as the Next Big FPSTM but it seemed to fizzle out pretty quickly. I haven’t played it to comment on that part of it but the tech behind it was pretty awesome. I guess we’ll see if Rage 2 has better luck with it’s pastel take on the Mad Maxx kinda of universe.

Monster Hunter Generations Ultimate Headed To Switch – Capcom continues to give more Monster Hunter love to the Switch although the platform is still lacking World. I haven’t really tried this series but “everyone I know” seems to be into it; you’re also getting a live action version of Monster Hunter on the silver screen via everyone’s favorite B-director, Paul W.S. Anderson

Unboxing A Teenage Mutant Ninja Turtles – Yeah, yeah, I’ve mentioned this game a few times already but how often do you see a brand new arcade machine unboxed and setup? This past week was super busy for me and this took up a chunk of my Friday as I had to move about 10 games around to make room for this gem. If you enjoyed Konami’s arcade classics then I don’t know how you wouldn’t like this one, apart from having butthurt about it not using the 80s versions of the Turtles:

Hypergun, A Game About Procedurally Generated Levels & Weapons (PC/PS4/XB1) – Procedural generation of levels and content isn’t anything new but this game seems to be taking the concept to a higher level. As each level is procedurally created, you need to build a gun from 150 different attachments to create the best killing weapon for what faces you. The way the game moves reminds me of titles like Quake 3 or Unreal Tournament where the action is far more fast-paced. It launches this Summer.

Fight Knight – The Blend of 16-bit Era FPS Dungeon Crawler & Boxing (PC/SW) – I can’t say that I’ve ever found a first-person boxing game to work out very well as the expectation of where punches should connect always seems to be off. But perhaps this will have solved that since it is working with the slightly more forgiving 2D sprites. I like the idea of something like Dungeon Master going this route so will have to see if a demo comes along to test it:

Homebrew Of The Week: Fork PArker’s Crunch Out (SNES) – Announced this week, this game by MEga Cat Studios will be hitting the SNES with the profits going to charity. You can pre-order it here if interested but I find it odd how homebrewers of everything except Nintendo systems seem to like to post videos of their work

Breakthrough Listen Begins Survey Of Millions Of Stars In Our Galaxy

California Votes To Force All New Homes To Have Solar Cells Installed On the Roof By 2020 – I’m sure THAT will help solve the cost of living there, amirite?

Apple Might Just Need To Change Their Name To Weyland-Yutani Corp.

China’s Answer To The Falcon 9 Aiming For 2021 Launch

The Computer That Drove The Chuck E Cheeses Robots – And it’s being given away by the owner:

Bay Area Peeps: old school animatron c computer that drove Chuck e Cheese like robots (ELO). Up for grabs! Take it or it goes in the trash – can’t House it anymore. Lemmeno! Come pick it up! FREE pic.twitter.com/GqlweAyYhv

Gecko Switch – In case you want a portable ‘smart’ light-switch

The Coaster In Japan That You Pedal – What happens when you combine a roller coaster with bicycle pedaling? This awesome ride found in Japan:

Experimenting With Monster Magnets – Always good for scientific entertainment filler cuz I got nothin’ this week on tech videos:

Space Pr0n Of The Day: The Tycho Boulder – When you see close-up pictures of craters, they usually look like grey mountains. But what if you have something that stands out? Like say, a gigantic boulder? That’s what is atop one of the crater peaks at Tycho Crater on the Moon. Scientists aren’t sure how it got there although I’m sure this totally normal guy has a sound theory: 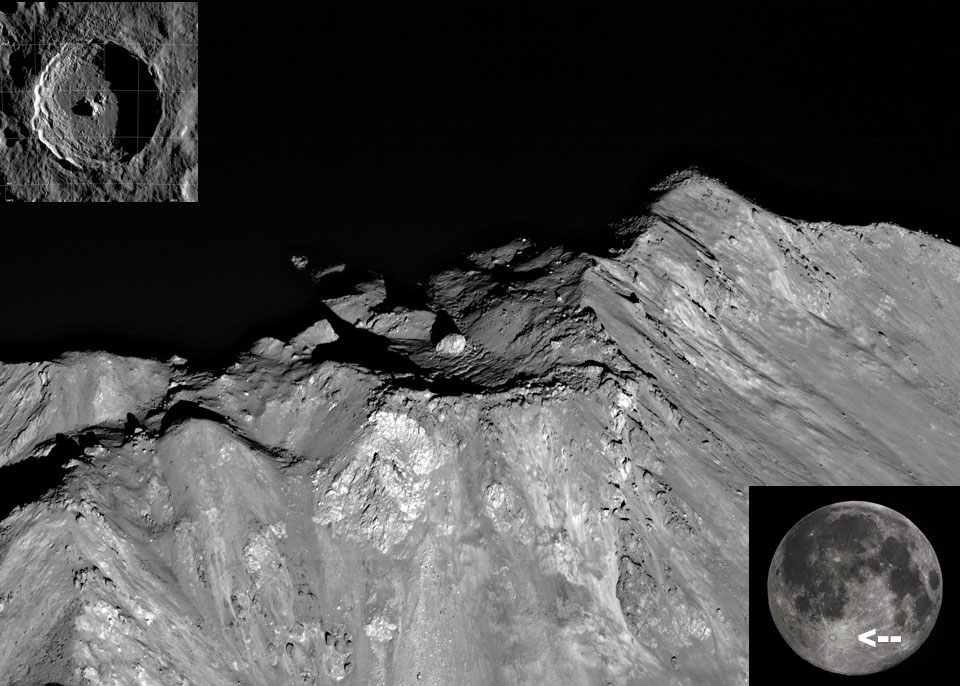