We are at a very critical stage in the process and fight against the Democrat Deep State. The referral has been made and the next steps will determine the outcome of the war. But first, let us review how we got to this point.

Hillary Clinton, wanting to hide her activities, developed and deployed a private email server while serving as secretary of state. She was advised against it on several occasions by different people, but proceeded anyway. She was caught and the FBI exonerated her twice, declining to prosecute. In the course of the 2016 election campaign, in order to deflect the attacks coming from Republicans, the Obama administration wiretapped the offices of Donald Trump using dubious legal authority and cause. This involved multiple departments of the federal government working together to target a major opposition party candidate.

The Deep State might have succeeding in installing Hillary Clinton as president of the United States if it was not for Anthony Weiner’s criminal pedophile behavior online, which set off a chain of events that led to the election of Donald Trump, the Inspector General investigation at the Department of Justice, and subjecting the country to whims of Special Counsel Robert Mueller in his Trump-Russia collusion investigation.

Weiner laptop is found and seized in September 2016.

This reopens the FBI investigation into Hillary Clinton’s misconduct while Secretary of State and use of a private email server. The investigation proceeds in secret until the Obama Department of Justice gets involved to try to stop the New York Police Department from alerting the public with the information they found on the laptop.

The New York Police Department wanted to prosecute and release the information to the general public, the Department of Justice and select individuals in the FBI were pressuring them to stop talking about it.

“Because of Weinergate and the sexting scandal, the NYPD started investigating it. Through a subpoena, through a warrant, they searched his laptop, and sure enough, found those 650,000 emails. They found way more stuff than just more information pertaining to the inappropriate sexting the guy was doing,” Prince claimed.

FBI Deputy Director Andrew McCabe leaks to the Wall Street Journal and other media sources repeatedly to get out in front of DOJ interference and protect himself at the FBI.

In 2016, on October 25, 26 and 28, Giuliani, then a prominent media spokesman for Trump, announced on various programs, including Fox News, that he expected “surprises” for Trump that were coming from the FBI. He also bragged that he had gotten that information from “a few active agents, who obviously don’t want to identify themselves” about the Weiner/Clinton email investigation.

United States Attorney General Loretta Lynch wins battle between the local and federal police by replacing the entire FBI subdivision in New York investigating Eric Garner case. This threatens the New York Police Department over the alleged wrongful “death by choking” of Eric Garner and could be used to put a lot of their cops in jail, along with inciting civil strife against the police force in a liberal city.

In recent weeks, the F.B.I. agents who have been investigating the case were replaced with agents from outside New York, according to five federal officials in New York and Washington. Federal prosecutors in Brooklyn are no longer assigned to the case. It is not clear whether civil rights prosecutors from Washington will work alone in presenting evidence to a grand jury in Brooklyn and in trying the case if charges are eventually brought.

Preet Bharara, who is working with Robert Mueller now, is believed to have assisted Attorney General Lynch in her coup. This ends any remaining loyalty the FBI has to Giuliani.

Trump Wins and Finds Out About Deep State Coup

Trump wins and is briefed by NSA Chief Michael Rogers about the FISA abuses. President Elect Trump moves his headquarters out of reach from the Obama administration wiretapping immediately.

Admiral Mike Rogers came under attack by the Obama administration via the mainstream media less than two days after meeting with President-elect Trump.

On 11/18/16, Trump and his transition team moved their efforts to his golf club in New Jersey – outside the reach of the FISA warrant granted in October.

In January 2017, the Office of the Inspector General for the Department of Justice announces a probe into the misconduct of the FBI and other agencies handling of the Hillary Clinton investigation and other alleged abuses that occured around and during the election of Donald Trump.

This announcement occurs shortly before President Elect Donald Trump is sworn into the Presidency. The country then waits while the investigation builds.

Rudy Giuliani doesn’t take a position in the Trump administration

Former New York City Mayor Rudy Giuliani is joining the law and lobby firm Greenberg Traurig, where he will serve as the global chair of its cybersecurity and crisis management practice in New York, the firm announced on Tuesday.

In an unprecedented move, the President meets one on one with the candidate and interviews her.

But documents submitted to the Senate Judiciary Committee earlier this year showed Trump met with Jessie Liu, the candidate for U.S. attorney for the District of Columbia, earlier this spring as she was being interviewed for the federal prosecutor post.

The press point out that this is likely due to Trump wanting to shield himself from the Trump-Russia investigation. She is confirmed in September 2017 despite objections from Senator Dianne Feinstein and Senator Richard Blumenthal. Blumenthal was most strident in his criticisms of the nomination:

Liu has since been confirmed, but not without questions from Democrats. California Sen. Dianne Feinstein raised concerns that she had personally met with Trump before she was nominated to the position that would be in charge of investigating the Trump administration.

“To be very blunt, these three jurisdictions will have authority to bring indictments over the ongoing special counsel investigation into Trump campaign collusion with the Russians and potential obstruction of justice by the president of the United States,” Sen. Richard Blumenthal (D-Conn.) said in an interview Thursday. “For him to be interviewing candidates for that prosecutor who may in turn consider whether to bring indictments involving him and his administration seems to smack of political interference.”

Trump has other ideas.

According to Sarah Carter on the Fox News’ Ingraham Angle, Andrew McCabe promises to bring down everyone if fired.

The first cracks in the Deep State’s wall start.

“McCabe is worried. And one thing that I did hear is that McCabe has said over and over again, ‘If I go down, I’m taking everybody else with me,’” Carter said on “The Ingraham Angle” on Friday.

McCabe Announces his Resignation, but is Eventually Fired by Attorney General Jeff Sessions

After FBI Director Christopher Wray sees the first OIG report in February 2018 and threatens to demote McCabe, McCabe announces his resignation and will retire.

However, days before his resignation and retirement, Attorney General Jeff Sessions fires McCabe. Sessions says his cause is “lack of candor,” a more elegant way to say McCabe was fired for lying.

Fired former FBI Director James Comey and McCabe fight over Comey’s reports in his new book and the newly released OIG report on McCabe. The cracks in the wall start looking like the beginnings of a full fledged civil war.

Hillary Clinton’s team starts attacking Comey over his conduct during the 2016 election:

“Nobody is satisfied with anything he’s been saying,” said one longtime Clinton adviser. “We thought that Comey was always a factor in her loss, but now nobody can deny that perceptions were changed because of it.”

Feeling the pressure and attacked from all sides, Comey now floats idea of testifying against McCabe. The Deep State rats are getting into a feeding frenzy.

Asked if he could end up being a witness, Comey said, “Potentially.”

“Sure, given that the IG’s report reflects interactions that Andy McCabe had with me and other senior executives, I could well be a witness,” Comey said.

President Trump Wades Into the Fight, Blasts Both 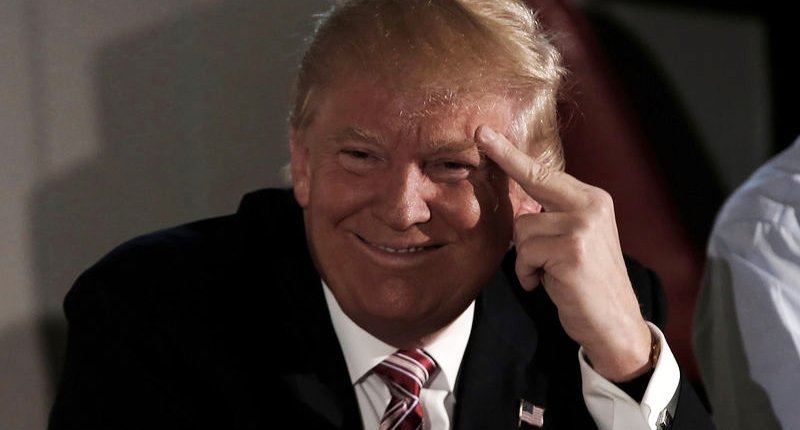 President Trump goads them into attacking each other more.

James Comey just threw Andrew McCabe “under the bus.” Inspector General’s Report on McCabe is a disaster for both of them! Getting a little (lot) of their own medicine?

Rudy Giuliani announces he’s volunteering for the President’s team and will not be paid.

He claims that he will resolve the investigation within the next two weeks.

What’s Going on Right Now With the Inspector General Investigation?

On Thursday, Inspector General Michael Horowitz referred Andrew McCabe for criminal prosecution, but not to the Department of Justice in general. Instead, Horowitz referred to the United States District Attorney for the District of Columbia, which is now headed by a Trump appointee that he personally interviewed with before she was nominated. That district is headed by US Attorney Jessie Liu.

This means that neither Jeff Sessions nor Rod Rosenstein have any say in whether to prosecute, except to veto her decision. If they try to stop prosecution, President Trump would have both cause and public support to fire one or both of them.

But let’s circle back to the prior hand wringing by Senator Richard Blumenthal about Jessie Liu:

“To be very blunt, these three jurisdictions will have authority to bring indictments over the ongoing special counsel investigation into Trump campaign collusion with the Russians and potential obstruction of justice by the president of the United States,” Sen. Richard Blumenthal (D-Conn.) said in an interview Thursday. “For him to be interviewing candidates for that prosecutor who may in turn consider whether to bring indictments involving him and his administration seems to smack of political interference.”

It never entered Democrat’s minds that Trump may not have been interviewing her to see if she would stop a Trump-Russia collusion investigation. Instead, Trump was interviewing her to see if she would have the will to be able to take down the Deep State with him. While the Democrats were focusing on the Mueller investigation, Trump was maneuvering the pieces into play to begin his own coup against the Deep State.

Sparta Report has also discovered that Jessie Liu worked on the transition team with President-elect Trump. She also previously served under Steven Mnuchin as deputy general counsel at the United States Department of the Treasury before being confirmed as the U.S. Attorney for the District of Columbia.

The referral for prosecution really threw a wrench into the Deep State’s works. They expected IG Horowitz to send a general referral to the Attorney General Jeff Sessions or the Acting Attorney General Rod Rosenstein. They did not expect a referral to a U.S. Attorney, and not one who has direct authority to prosecute everyone in the federal government.

We are already seeing signs that the Trump administration is bringing a lot of pressure to bear against Comey and McCabe, and Comey is already crying ‘uncle’ under his breath. They both know that whomever flips first will likely receive the best sentencing.

Rudy claims that he’s going to get the Mueller investigation wrapped up in a couple of weeks, and of course a couple of weeks from now we’re in the month of May… right about the time the Inspector General is supposed to release the main report. What is still remaining to be released in the report coming next month will likely decide how quickly these guys flip.

Exit Question: What does Rudy know that the rest of the general population lacks?

PS: Count me back in as a solid 10-Dimensional Chess supporter.