Apologies for the delay of posting the thread – this morning I was hit with a 4 hour power outage so when I would normally take the time to do a last minute check for news and put up some finishing touches, that got pushed back.

The only thing I really got around to was buying and playing Manticore: Galaxy On Fire by Deep Silver for the Nintendo Switch. This game has a strong Space Interceptor: Project Freedom vibe to it, in that it does not get anywhere near as complex as many space dog-fighting games. While some of those like to use as many keyboard keys as is possible, Manticore doesn’t even use every button on the Switch Joy-cons, at least so far.

Nintendo Switch Nears 18 million Units Sold – In only one year

Megaman 11 Still On Track For A 2018 Release, Says Capcom

I’m Telling You, AR Is Where It’s Going To Be At…Eventually

Meet The Next President Of Nintendo

Microsoft Taps Into The Original Xbox Nostalgia With The “Duke” Controller – If you loved that yuge controller, it’s baaaack

Interview With The Team Behind The Upcoming Streets Of Rage Style Game: Raging Justice (PC/PS4/SW/XB1)

Today’s headlines have been brought to you by: Odd minor cover art differences:

Why is the foot different. This is driving me nuts. pic.twitter.com/FzxSU41lBX

I didn’t come across any yuge gaming news this week so if I did miss something crucial, just comment below 😉

GoatUp By Jeff Minter – Minter is a legend in his own right although mainstream gaming is certainly not his forté. I’m happy to see him coming up with something that isn’t Tempest although this a remake/twist of a game he did some time ago for mobile devices. This new idea certainly looks much nicer and is being made for the PS4. It combines elements from Tower Toppler/Nebulus with one of Minter’s first games, the odd (and IMHO, not very fun) lawn mowing game, Hover Bovver. As his games go though, it looks weird but could be fun…at least a lot more fun than Hover Bovver was.

Vahall Medieval Battle Royale Game Looking For Funding – I haven’t tried out any of the “Battle Royale” games as of yet (unless you want to count their granddad, Pac-Man Battle Royale) but the genre has been on fire for a little while now. One developer looking to add to that with a Medieval twist is Black Rose Arts, based out of Ukraine. If battle royale and sword fighting are up your alley then this might be the title for you. You can visit their Indiegogo page here.

Homebrew Of The Week: ROVR (ZX Spectrum) – With the death of Spectrum Sinclair designer Rick Dickinson this week, let’s put our focus on a homebrew for the ZX Spectrum, certainly the most popular machine that Sinclair released. That said, it never got much attention here – it was mainly a British thing. Here’s the new game called ROVR:

Intel Beefs Up Their Talent Pool To Fix Their 10nm Problem

15-Months In The Slammer For Making Windows Restore Discs

Apple Is Done With Wireless Routers

New Star Chart Of Our Galaxy Open To Explore

“Spooky Action” On A ‘Massive Scale’ Demonstrated For The First Time

Not Content With Amazon Opening Your Front Door? Let Them Deliver Into Your Car Too! – Next up they’ll copy Logan’s Run and just go straight into your bedroom

Armor Of The Future – Composite Metal Foam – Lightweight and strong, it can serve as a new armor for assault vehicles or a new bumper for cars. Read more about it here.

The Amazon Echo Is Always Listening – And can always eavesdrop on conversations:

Space Pr0n Of The Week: Galaxy Cuisine – I’m just going to phone it in this week with a picture of NGC 1532 slowly gobbling up it’s companion dwarf galaxy, NGC 1531. Exciting names, eh? 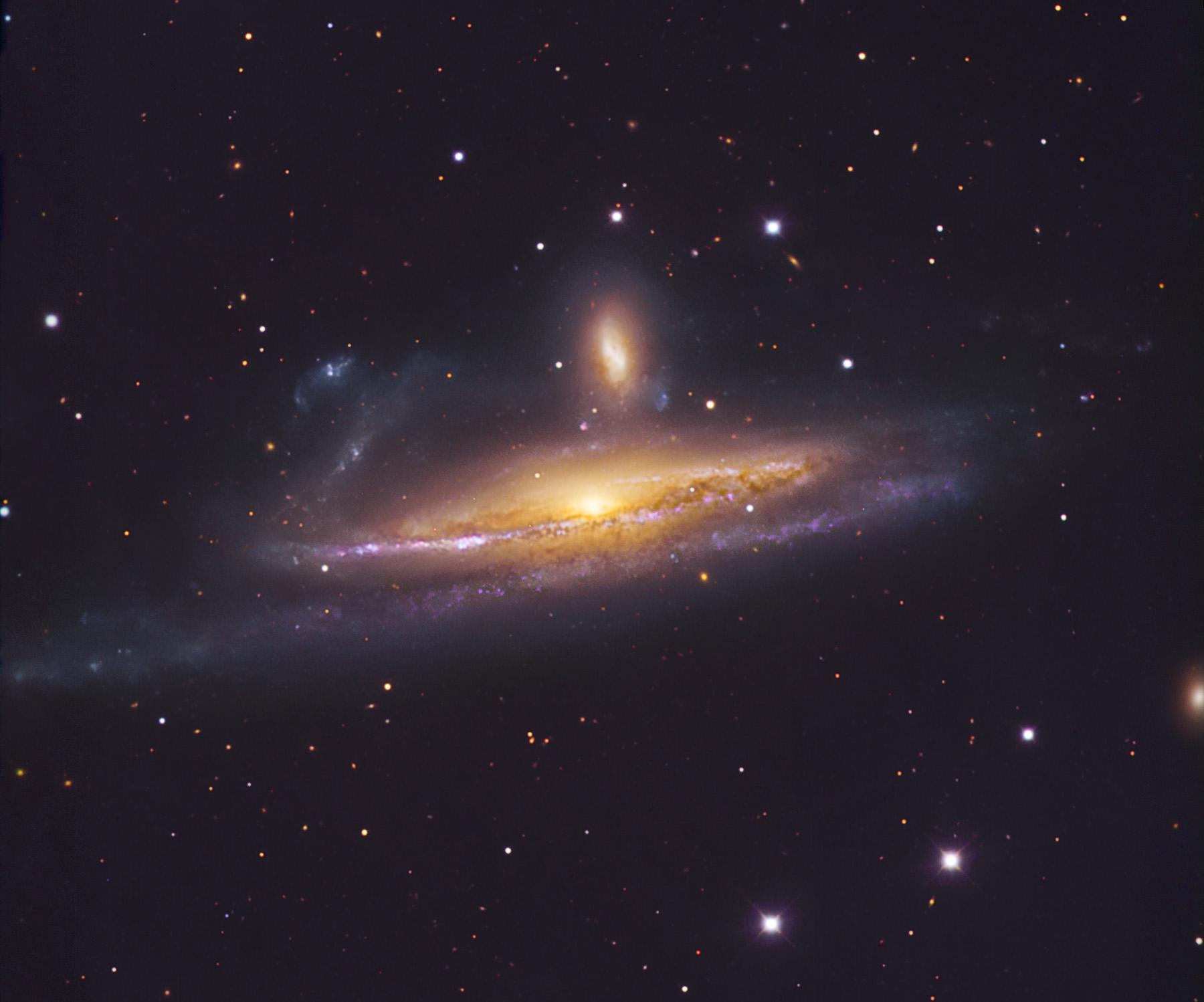