When posting these kinds of headlines Matt Drudge is fond of adding “Gilded Age” to signify the corruption of the elites.

I couldn’t help but think of this as I read about how Silicon Valley’s uber-woke, uber-wealthy leftists now use pampered pet chickens as a status symbol:

In true Silicon Valley fashion, chicken owners approach their birds as any savvy venture capitalist might: By throwing lots of money at a promising flock (spending as much as $20,000 for high-tech coops). By charting their productivity (number and color of eggs). And by finding new ways to optimize their birds’ happiness — as well as their own.

“At Amazon, whenever we build anything we write the press release first and decide what we want the end to be and I bring the same mentality to the backyard chickens,” said Ken Price, the director of Amazon Go, who spent a decade in San Francisco before moving to Seattle. Price, 49, has had six chickens over the past eight years and is already “succession planning” for his next “refresh.”

“We’re moving toward a more sustainable cost structure,” he noted — zeroing in on the chickens that produce the most eggs with the least feed.

While the rest of the nation spends $15 on an ordinary chicken at their local feed store, Silicon Valley residents might spend more than $350 for one heritage breed, a designation for rare, nonindustrial birds with genetic lines that can be traced back generations. They are selecting for desirable personality traits (such as being affectionate and calm — the lap chickens that are gentle enough for a child to cuddle), rarity, beauty and the ability to produce highly coveted, colored eggs.

All of it happens in cutting-edge coops, with exorbitant veterinarian bills and a steady diet of organic salmon, watermelon and steak.

At least one of Citroen’s clients has a personal chef who cooks for her chickens. Because they eat their birds’ eggs — if not the birds — chicken health is a top priority, Citroen said. Her clients spend “thousands” for surgeries and X-rays to keep them alive after predator attacks and illnesses.

Citroen’s clients are usually men in their 30s and 40s, with young families. After spending their days in front of computers, they long for a connection to nature. What they want most of all, she said, is a “rainbow assortment” of beautiful, colored eggs in various shades of blue, olive green and speckled brown.

“Because it shouts out, ‘These eggs did not come from Whole Foods or Walmart — these eggs came from my back yard,’” Citroen said. “It’s a total status symbol.” 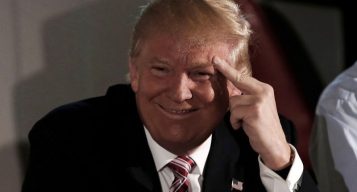