Ah yes, we’ve reached the fabled level of 64-bits of pure thread posting power. Sure, no one cares about bits anymore (because the whole concept was badly misunderstood and mis-represented by gaming ads back in the day) but that shouldn’t stop us from having fun, now should it?

More than I can shake a stick at thanks to Christmas – Mario+Rabbids Battle, Super Bomberman R and Breath of the Wild on Switch; Played a bunch of Atari and Sega games as I received a couple of those handheld devices (emulation is actually rather good at this point); played a little Star Wars Battlefront 2 (2005) with friends online and Worms Armageddon with some different friends who I hadn’t seen in a while.

Good Thing That Nintendo Listened To All Of Those Super Smart Game Journalists In 2013, amirite?

Contrary To The Wildest Dreams Of Fanbois, The New Cruis’n Blast Is Sticking To Arcades

Next Up In Water Slides – Interactive Ones – If you stop by the Kalahari Resort in Ohio, love water slides & video games then you’ll want to check out Storm Chaser. Yes, that’s a real water slide combined with a video gaming experience

The Storm Chaser is what happens when a video game and a water slide collide. Now open at Kalahari Resorts and Conventions in Sandusky, Ohio. (Photo: Business Wire) http://www.businesswire.com/news/home/20171115005975/en/Chase-Storm-Kalahari-Resorts-Conventions-Debuts-Interactive

Kirby Battle Royale Trailer (3DS) – I know we have at least one resident Kirby fan so here you go. This comes to the 3DS on Jan. 19th:

New Stuff For Sega’s Valkyria Chronicles 4 (PS4, SW, XB1) – I have not played any of the Valkyria Chronicles titles but if you are into anime style real-time war strategy games then this should be right up your alley. Bonus that it’s coming to every current home console.

Bridge Constructor Portal Gameplay (PC) – I’ve not played this yet but seen some chatter about it online – mainly because it’s officially Portal, with that theme applied to the Bridge Constructor strategy game. It does look like fun, especially if you are into puzzles.

Playthrough and solutions of the first 40 levels of Bridge Constructor Portal which has just been released – some people may find this useful! ★★★ Please SUBSCRIBE, LIKE and SHARE ★★★ Thanks 🙂 You can download Bridge Constructor Portal here: http://store.steampowered.com/app/684410/Bridge_Constructor_Portal/ I stopped playing/recording on level 40, I was not enjoying it at all – Just not my thing.

Homebrew of the Week: JagZombies (Atari Jaguar) – Since this is a 64-bit post, we should have at least one 64-bit game to talk about. Here’s a WIP game for the Atari Jaguar, the oft maligned “first 64-bit” game machine. It uses the gamepad to move the reticle which is why that movement is far from perfect but the hardware did power one of the best selling light-gun games of the 1990s – Area 51. A light-gun attachment was never released for the console; since most everyone is using LCDs now, I imagine a trackball would make more sense:

Related: Intel Hit With Class Action Lawsuits Over Flaw – You likely saw the stories on SR here that Intel also might be raking in the cash

Tabby’s Star Dimming Because Of Dust, Not Some Wacky Alien Megastructure

New Metalense Tech Could Be A Revolution For Cameras, AR/VR

The Next Step In Robotics With New Artificial Muscles – Developed by the University of Colorado to ensure that self-aware robot soldiers can crush a human skull with ease goes forward as planned! 😛

The Keplinger Research Group at the University of Colorado Boulder has developed a new class of soft electrically activated devices, called HASEL (Hydraulically Amplified Self-healing ELectrostatic) actuators, which mimic natural muscle in both performance and versatility. HASEL can perform delicate tasks like grasping small fruit, strenuous activity like lifting a gallon of water, or provide bursts of power to throw a ball.

Google Lunar XPrize Team HAKUTO Raises Some Serious Cash – Having raised over $90 million for the project, Team HAKUTO is looking to be another commercial space project success story. Too bad it’s headed by the “we’re totally not evil as long as you agree with us” Google.

Air Drone Selfie Camera – Mainly sharing this for the infomercial style idiots who are incapable of holding a girl up for their picture so let’s spend $230 or so on a drone that flies to take selfies for you. Ok.

If habitual selfie-taking is beginning to take a toll on your arm then listen up, AirSelfie just launched one of the most efficient and high-quality pocket-sized flying cameras for your smartphone. Yes, you read that correctly. So prepare to ditch the selfie stick, give your arm a rest, and never worry about having to ask a stranger for help ever again.

Space Pr0n Of The Week: Crab Nebula – Space is not static, which is something that bothers me in games when you fly past asteroids that just sit there like they are floating in soup. I digress – here’s a time lapse of the famous Crab Nebula, showing both the expansion and the spinning that goes on with this about 10 light-year across supernova cloud. 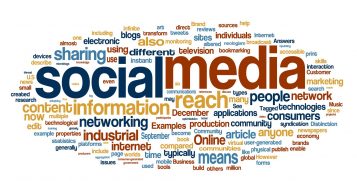