Shorthand for the folks who live on the mineral rich Mesabi and Vermilion iron ore ranges about fifty miles northwest of the inland port city of Duluth, Minnesota.

They possess the temperamental equivalent of Star Trek’s Klingons: loyal, proud, fierce and ready to rumble if betrayed or crossed.

Think of them as a combination of a Golden Retriever and a pit bull.

Like their Deplorable cousins, the Scots-Irish descended hill folk of the Appalachian Coal Country, Rangers are miners too. But the Rangers are a diverse lot: Italians, Croatians, Finns, Slovaks – a mutt-mixture of over 40 ethnic and national heritages.

For a hundred years the Rangers have put the LABOR in the political trifecta: Democrat-Farmer-Labor (DFL), the unique Minnesota brand of the Donk party.

But that’s all changing now.

The FARMER part of the DFL was been last seen in the rear-view mirror quite a few years ago. Draw a line from Lake of the Woods to the Iowa border and every county west of it is Red.

The wake up call for the DFL came in Bob Dylan’s home stomping ground of Hibbing where Trump bested Clinton – a feat that would have been thought impossible even 5 years ago.

But The Times They Are A-Changin’.

Thanks to an increasingly urbanized DEMOCRAT base of highly educated six figured dual professional families and their top/bottom coalition partners of generationally welfare-entrenched wards the DFL, like the national Democrat party, is an urban phenomena regularly racking up 85% of the vote in Minneapolis, Rochester, Mankato, St. Paul and Duluth.

So when the DFL Pravda, The StarTribune, runs not one but two long opinion pieces lamenting the loss of the Iron Range as a reliable DFL voting block it’s a tell that there are Big Worries behind the scenes as the 2018 election season starts to gear up.

Here, read for yourself:

Rangers responded to Trump’s outspoken opposition to free trade, his promises to restrict steel imports to protect domestic producers — and even to his calls for rolling back environmental regulations that burden heavy industry.

Rangers are rebelling against a DFL Party they feel has abandoned them on mining. That estrangement, plus a dwindling population and loss of power positions in the Legislature, could weaken the political leverage that has served the Range well as long as anyone can remember.

Prominent DFLers such as Bill Erzar of Ely understand why Rangers responded to Trump’s message about mining and jobs. A muted question is whether a lasting rift with their patron party could leave Rangers politically isolated — and the DFL further distanced from rural voters.

“We’ve fought mining companies for 50 years, and won against all odds,” says Tom Rukavina, a popular DFL activist and ultra-Ranger. “We will fight for [copper-nickel] mining, and we’ll win that one as well.” 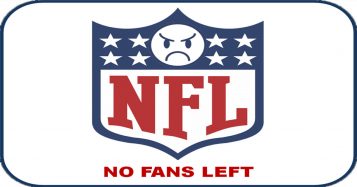