I had the opportunity to attend the SHOT Show in Las Vegas a few years ago. The SHOT (Shooting, Hunting, Outdoor Trade) show  is restricted to members of the shooting, hunting and outdoor trade industry. The show has over 60,000 attendees and is one of the top 25 shows in the country. If you ever wanted to have a feeling of being perfectly safe someplace, go the SHOT show!

Actually, all displayed firearms must be deactivated by removal of the firing pin or other alteration so that they can’t be fired. Live ammunition also isn’t allowed on the show floor. Regardless, I’m pretty sure if something bad started happening, a means would be found to stop it!

One of the speakers this year is going to be Maj Toure the founder of Black Guns Matter. He is also a Hip Hop artist. Black Guns Matter educates people in urban communities on their 2nd amendment rights and responsibilities through firearms training and education.

Here’s an interview with Maj on Fox News.

Here’s Maj’s position on the NRA.

Maj Toure on the NRA

From the The BillPenn in Philadelphia,

Put simply: Black Guns Matter believes the best way to combat police brutality is to get armed. And so, in Philly, Black Guns Matter offers beginners’ resources to primarily black participants seeking to protect themselves, from police or whomever else. They do not encourage violent altercations or shootouts with police, something that’s oft misunderstood. Founder Maj Toure says he’s been getting plenty of hate mail. Rather, they teach firearm safety coupled with stress management for police stops to have better outcomes.

I think Maj just might be on to something! 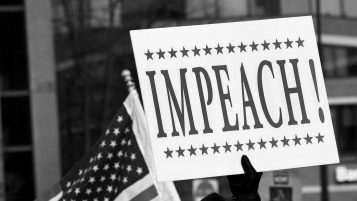