You might have noticed that last week there was no Gaming thread; I was busy going out of town to a trade show. Since I’ve been gone all week, that also means that this post will be a bit brief. Thanks to Doomberg for providing some material so that this isn’t all about one subject. That said, it is still “express” and not as complete as usual as I have new responsibilities with another job so my time is being consumed more than ever before.

I have been playing a lot of arcade games, all of the brand new sort. I’ll share some of that here but if you’re interested in seeing what my adventures in Orlando entailed, there’s Arcadeheroes.com or check out my video channels on either Youtube or Vid.me.

Video for Guardians of the Galaxy Pinball is here.

You Will Get To Play Pinball FX3 Vertically, With A Single Joy-Con

If You Like Sonic Boom, All Of Season 2 Is On Hulu

October NPD Numbers – Which will be forgotten as soon as November’s numbers roll around and so on.

All The New Things Announced For Minecraft At Minecon

Black Friday: You Don’t Need To Wait For The PS4 At BF Prices At Certain Retailers – Yup, PS4 for $200 this week

Black Friday: Various Deals To Be Found For The Xbox One S – Just keep in mind that the S is not the fancy new X version that’s for 4k but they’ll all play the same non-exclusive games.

EA Pulls Microtransactions From Star Wars Battlefront II “For Now” – The debate over loot crates and microtransactions continues apace as EA receives backlash over their plans for microtransacting the snot out of the latest Battlefront game. I’ve seen a few developers push back on it saying that you’ve got to pay for all the features on the game somehow but I don’t think that this would be such a problem if we would see big studios not try and make every release be “AAA” (there is a market for A or AA you know). That and perhaps not sink so much of the budget into trying to be more of a Hollywood production than a game.

IAAPA 2017 – The trade show I was attending this past week was the IAAPA 2017 event in Orlando, FL. If you are unfamiliar with it, it’s like the e3 of the arcade/amusement/theme park industry. The latest products for everything from an arcade to a theme park are shown off here, including new theme park rides. This year, 60 companies decided to place their bets all into VR but I didn’t see anything that convinced me that VR has overcome the various problems that has kept it from becoming the next smartphone. On the arcade side, I was rather pleased as most of the new game announcements as there were many new ideas that weren’t racing & light-gun games. Here are some highlights; I’m embedding the Youtube versions only because Vid.me isn’t supporting 4k yet. But as I linked above, these vids are on the latter site where you can also watch and/or support me with direct tips 😉 :

http://arcadeheroes.com – 4k footage of the entire NYC level on the new Teenage Mutant Ninja Turtles Arcade game prototype that was at IAAPA 2017, developed by American company Raw Thrills. Single player but played before the show floor was open so it isn’t as noisy.Software may change by the final release in Spring 2018!

http://arcadeheroes.com – One of the coolest items of the show was the recently Kickstarted Atari PONG table. This is electromechanical and is not only fun to watch but fun to play. The version at IAAPA is for the home market; a much larger version for commercial markets will be introduced next year.

http://arcadeheroes.com – Checking out Jersey Jack Pinball’s 4th game, Pirates of the Caribbean, based on the Disney franchise of the same name. This game is feature packed and is launching in early 2018.

http://arcadeheroes.com – Licensed by Nintendo, developed by Capcom and adapted for Western use by Raw Thrills, IAAPA 2017 saw the introduction of Mario Party Challenge World. As the video points out this is very much a WIP, with the game supposed to change to a more “simplified” format while also introducing more skill.

The Person Who Shut Down President Trump’s Twitter account May Face Hacking Charges – Tired of hearing this “may” stuff. If they broke the law (but are Democrats), stop pulling a Sessions and doing nothing about it but talk.

Stumbling Block For The Bold New World Of Electric Cars: Cobalt Shortages – Granted, I remember hearing in the 90s how oil wouldn’t exist “within 20 years” and yet we keep finding more of it.

Bored? Play around with the Asteroid Impact Calculator

The first flight of an advanced supersonic parachute system for Mars 2020-NASA’s next Mars rover. This video is narrated by Ian Clark, the test’s technical lead from NASA’s Jet Propulsion Laboratory in Pasadena, California. The test took place on Oct. 4, 2017, at NASA’s Wallops Flight Facility, Virginia.

Robot Slave Repurposed For Cleaning VR Headsets – If you run something like an amusement park that is jumping onto the VR fad and you would rather have an automated system for cleaning the pink eye out of your headsets instead of unmotivated teenagers, then this might be the solution for you. I’m sure it costs a pretty penny though.

Space Pr0n Of The Week: NGC 7822 – This is a stellar nursery about 3,000 light-years away, snapped in infrared. Purty cool looking if you ask me. 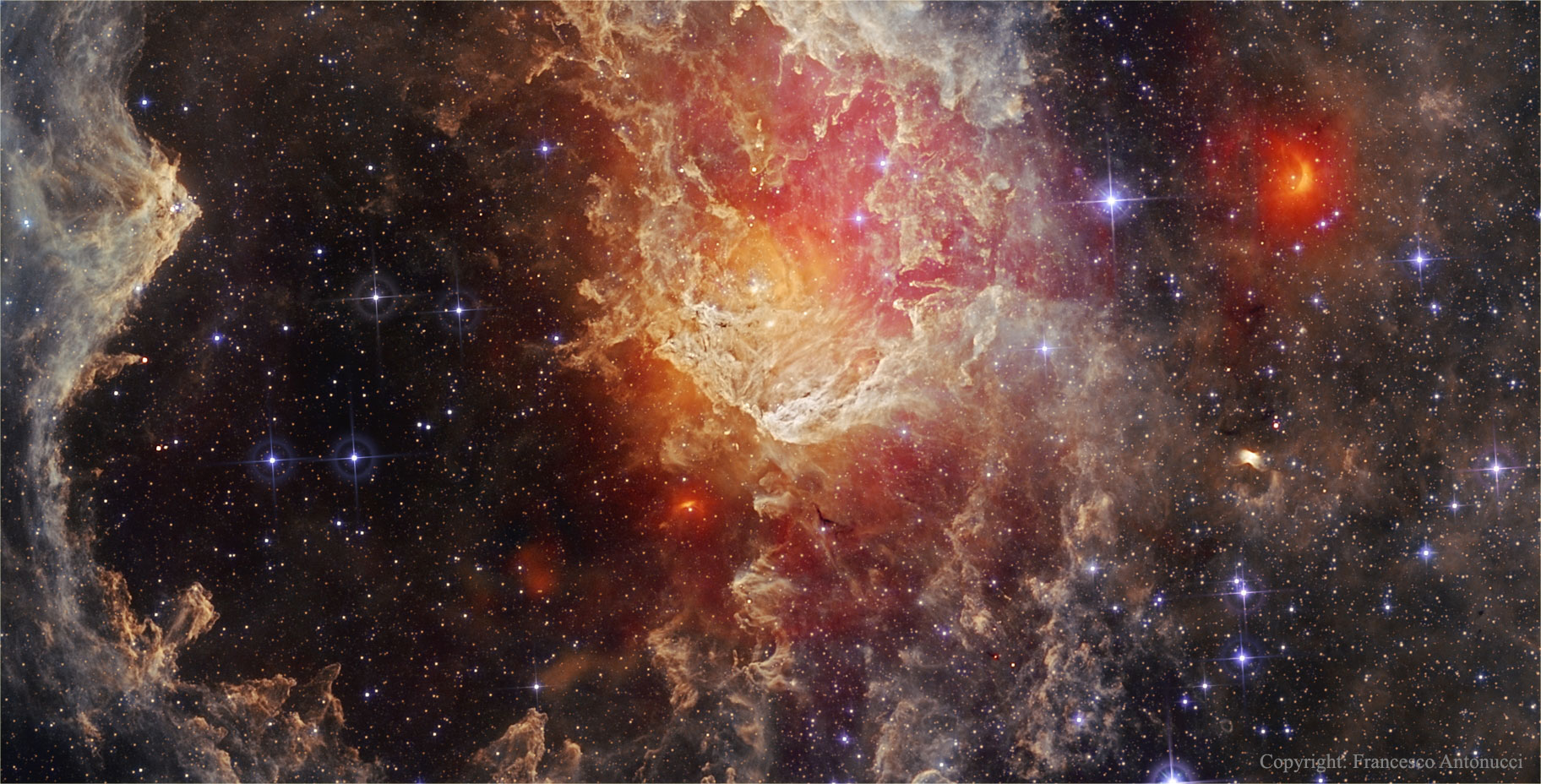