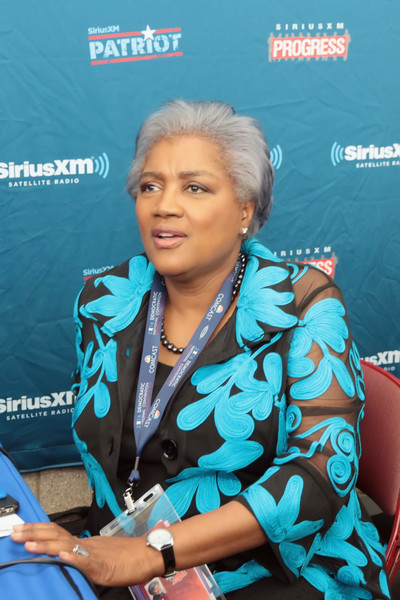 The hits just keep on coming.

The intraparty war, which has raged for two years now, and has as its object the future direction of the party, continues today, a full year after the epic defeat of Hillary Clinton last November.

The latest revelation from Brazile?

She considered dumping Democrat nominee Clinton as late as September of last year, in favor of another candidate!

WaPo has a piece out late last night detailing the revelations, and which has been updated to include reaction from some of those in the Clinton camp.

The heart of the Brazile expose is revealed in these excepts:

“Former Democratic National Committee head Donna Brazile writes in a new book that she seriously contemplated setting in motion a process to replace Hillary Clinton as the party’s 2016 presidential nominee with then-Vice President Biden in the aftermath of Clinton’s fainting spell, in part because Clinton’s campaign was “anemic” and had taken on “the odor of failure.”

“Brazile writes that she considered a dozen combinations to replace the nominees and settled on Biden and Sen. Cory Booker (N.J.), the duo she felt most certain would win over enough working-class voters to defeat Republican Donald Trump. But then, she writes, “I thought of Hillary, and all the women in the country who were so proud of and excited about her. I could not do this to them.”

“Brazile describes in wrenching detail Clinton’s bout with pneumonia. On Sept. 9, she saw the nominee backstage at a Manhattan gala and she seemed “wobbly on her feet” and had a “rattled cough.” Brazile recommended Clinton see an acupuncturist.

Two days later, Clinton collapsed as she left a Sept. 11 memorial service at Ground Zero in New York. Brazile blasts the campaign’s initial efforts to shroud details of her health as “shameful.”

Whenever Brazile got frustrated with Clinton’s aides, she writes, she would remind them that the DNC charter empowered her to initiate the replacement of the nominee. If a nominee became disabled, she explains, the party chair would oversee a complicated process of filling the vacancy that would include a meeting of the full DNC.

After Clinton’s fainting spell, some Democratic insiders were abuzz with talk of replacing her — and Brazile says she was giving it considerable thought.”

“But at headquarters in New York, the mood was one of “self-satisfaction and inevitability,” and Brazile’s early reports of trouble were dismissed with “a condescending tone.”

Brazile describes the 10th floor of Clinton’s Brooklyn headquarters, where senior staff worked: “Calm and antiseptic, like a hospital. It had that techno-hush, as if someone had died. I felt like I should whisper. Everybody’s fingers were on their keyboards, and no one was looking at anyone else. You half-expected to see someone in a lab coat walk by.””

The real intraparty civil war is in the Democrat Party, and here is clear evidence of just how deep the divisions actually are.

NWC notes in his piece overnight on the possible additional Mueller indictments, which may include the Podesta Group, that the war may move into the open very soon.

Stock up on the popcorn, Spartans!