I don’t know about you, but I’m getting pretty tired of hurricanes:

Hurricane Nate, approaching the northern Gulf Coast, is predicted to make landfall somewhere between New Orleans and Mobile, Ala., on Saturday evening as a Category 2 storm. As of 2 p.m. Eastern Time, the storm had maximum winds speeds of 90 mph, though strengthening is expected before landfall.

The storm is surging north at 25 mph — a very fast speed for hurricanes in the Gulf of Mexico. Hurricane Nate was just 100 miles south of the mouth of the Mississippi River on Saturday afternoon. Rain bands have already reached Louisiana, and conditions are forecast to rapidly deteriorate through the evening.

Hurricane warnings are in place from Grand Isle, La., to the Alabama border with Florida. This includes the city of New Orleans, which has prompted the mayor of the Crescent City to issue mandatory evacuations for parts of the area. A dangerous combination of damaging winds — gusting over 100 mph at times — severe coastal flooding and torrential rain are likely in this region.

Nate is the ninth hurricane to form in the Atlantic this season, which is the highest total since the infamous 2012 season featuring Hurricane Sandy.

I never thought I’d say this, but bring on the winter, snow, and cold already! No more giant storms! 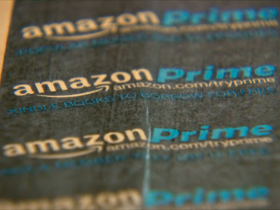