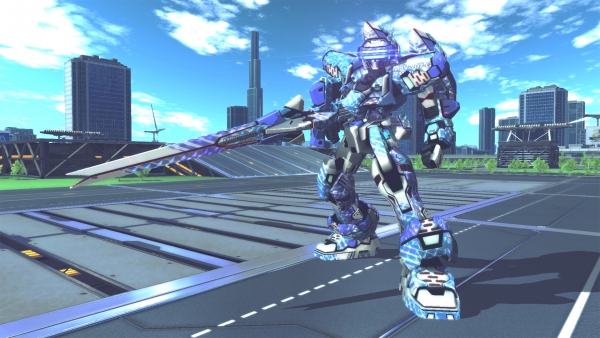 Welcome to the 52nd (well, 53rd, technically), gaming/tech thread at the Sparta Report. Thread #1 took place on Sept. 24th and we’ve been truckin’ along ever since. If yer new ’round these parts, I simply collect all of the gaming and technology news that I can find (and decide is relevant, I HAVE THE POWERRRR) for you readers to mull over.

I am a little behind this week due to taking arcade machines to the Salt Lake Comic Con event, which ate up most of my time this past week. Granted at any Comic Con you see people as characters you’ve never seen before but Link from Majora’s Mask being a Tiki Terror Monster? Ummmm

Most of my game time was spent with some arcade games (need to make sure they work, right?). Ghostbusters Pinball, The Simpsons, Tekken 5: Dark Resurrection. I did play a little bit of The Legend of Zelda: Breath of the Wild and some Hyrule Warriors with my daughter.

Raiders Of The Broken Planet Now Available For PC/PS4/XB1 – Update: Is it already dead? Report is that it disappeared already.

A Pilotwings Game Was In Development For The Wii; Had A Head Tracking Device

Marvel Vs. Capcom: Infinite Not Doing So Well (In The UK)

The WiiU Is Still Getting Games – Hive Jump Releases This Week

Psikyo Arcade Ports Announced For The Switch, Including Zero Gunner 2

Turning An Old Amiga 500 From Trash To Treasure

This past week was the Tokyo Game Show, which means lots of news for games. Some of it is meant more for Japan but there is plenty to look forward in the West. If I missed something announced at the show, fill us in in the comments:

(TGS) Fist Of The North Star Coming To Japan Feb. 22nd – I really can’t imagine the Feminazis will be pleased about this game

(TGS) Final Fantasy 9 To Be Remastered For The PS4

(TGS) Live Demo For The Switch Exclusive Gal Metal – Related: Polygon already treating this game like you would expect, dev fires back

(TGS) Gundam Versus For The PS4

Today’s post is brought to you by: Why won’t this darn thing work?

A Fantastic Tribute To Nintendo’s Satoru Iwata – You may recall last week that NES Golf was discovered to be built into ever Nintendo Switch but it was unknown how to access it. This week that was no longer a mystery as it was unveiled that this was done as a tribute to Nintendo’s previous CEO, Satoru Iwata. Mr. Iwata passed away on July 11th, 2015 but was a part of Nintendo long before he was CEO; NES Golf is one of the games he programmed. This video shows you how to access the game, which is where the tribute comes in – not only do you have to set your Switch to July 11th, you have to use the JoyCons to mimic Mr. Iwata’s famous hand gesture (used in Nintendo Directs when he would say “To you!”) several times to unlock it.

UPDATE 07/11/18 : There will be no update video posted in 2018. Please read the pinned comment below for more info. A hidden NES Golf game resides in the Nintendo Switch. Not much is known currently about this mysterious piece of software left behind by Nintendo.

Sega Rediscovers Their Love Of Virtual On – One of the games shown for TGS was a new entry into the Virtual-On series. The Virtual On series began as an arcade game back in 1995, spawning both sequels and console ports. It has been a while since we saw an entry into the series so fans have been excited over the announcement of A Certain Magical Virtual On, coming to the PS4 & PSVita (Vita saved?) on February 15th. Given that Sega still does make arcade games, I have to wonder if they will make a variation of this for that platform but I have yet to hear anything in that regard. Most rumors of what is coming to arcades happen in October with confirmations in November, so we’ll see how it pans out. Here’s the TGS trailer for ACMVO:

Tomb Raider Is Getting A Reboot In 2018 – Because if the returns from 2017 taught us anything, it’s that what’s left of movie going audiences are dying for more reboots, amirite?

The fate of humanity rests in her hands. Alicia Vikander is Lara Croft. #TombRaider Get tickets now: http://www.fandango.com/tombraider — Lara Croft, the fiercely independent daughter of a missing adventurer, must push herself beyond her limits when she finds herself on the island where her father disappeared. From Warner Bros.

2nd Trailer For Code Vein (PC/PS4/XB1) – Looking for violent hack ‘n slash, RPGish game? Then…wait for 2018. Ok, there are other games in that ‘vein’ out there now bt if you like what you see below, then this will fill in that niche a little more next year.

Oh Deer! Beta Footage – Now for something a little different – like a Sega arcade racer from the mid-80s meets the classic Carmageddon and plenty of drifting thrown into the mix.

Hey look, it’s Oh, Deer! You can buy the beta on Humble! https://www.humblebundle.com/store/oh-deer This is a video game about drifting your family station wagon along the Perfect Line to Grandma’s House. Is it a metaphor for the futility of human existence? Is it a militant vegan parable?

Equifax Continues Failing At Their One Job

iPhoneX May Not Be In Production Yet

Chemist Teams Calculate A Redesign Of Aluminum That Is Lighter Than Water – Careful, if the Left hears about it, they’ll have a cow since MuhRussians are involved

And now, Robot Muscles – Perfect for crushing a human skull into mush when Skynet takes over

Australia To Create Their Own National Space Agency

Flippy The Robot To Replace Teenagers At 50 CaliBurger Locations – Yes Democrats, keep on “fighting” for $15/hr for burger flipping jobs and more places will give you a wage of $0 by replacing you with a burger flipping robot. Such is the case at CaliBurger, where the plan is to automate 50 of their locations by 2019. I imagine in the 2020s, small biz owners will be seen as heroes for giving people jobs instead of going this route but the more you push for unreasonable wages for a particular kind of work, this is the result.

Eeears, The Cotton Swab Killer? -No more Q-Tips? Perhaps, if the makers of Eeears are wildly successful in selling this earwax removal tool to the public. They did surpass their Kickstarter goal by a ways, at the very least. Something like this could be good for kids too, who tend to be the ones that shove Q-Tips into their ear canal if they get a hold of such things by themselves.

Darkfin Gloves – If you are or know a serious swimmer in your life, perhaps they would like to add some Darkfin gloves to their arsenal of swimming gear:

Orangetooth – Now for something a little more lighthearted from the comedy sketch show Studio C – a possible replacement for Bluetooth tech?

Orangetooth. Move over, Bluetooth! There’s a new wireless technology so advanced that it’ll blow you away. But are there any last minute changes needed before it’s released to the world?!? Find out now! ——— Be Sure To Subscribe to Studio C ► https://goo.gl/ppFsJP Bring on the laughs! Sketch comedy for everyone.

Space Pr0n Of The Week: LBV Star G79.29+0.46 In Cygnus X – Well it’s no fun by the name we’ve given it but that greenish star in the picture below is a very rare type of star known as a Luminous Blue Variable star. We know of less than 100 of them in our galaxy of billions; they are huge stars and massive to the point where they are on the border of a supernova. They are incredibly bright although this particular star can only be seen using infrared cameras thanks to a shroud of dense dust that sits between it and our view (which also makes for the green hue instead of blue):