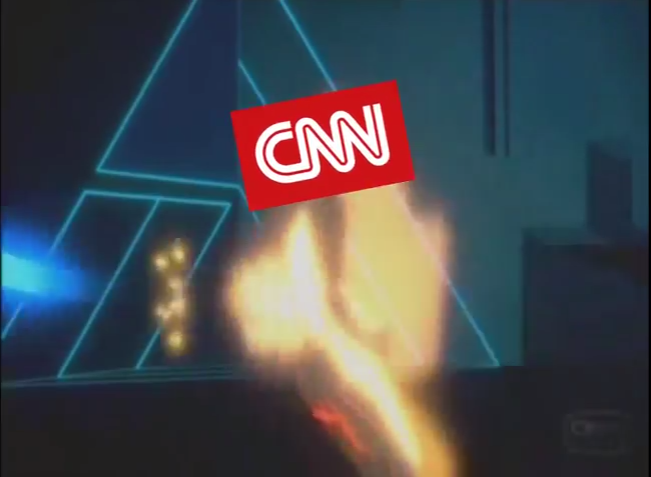 Welcome to another week of fun, starting it off with some gaming and technology news. We promise not to reveal your identity to the world as long as you read this thread and promise to do so through the infinite future!

I took a gamble on something that I saw on the Nintendo eShop, a “sci-fi hack-n-slash” game called Implosion. So far, the gamble has paid off as I’ve been enjoying it. I was a little leery at first as the game was a port of a mobile game that launched on iOS/Android this past March but the use of thumbstick/button controls is always a plus in my book over most touchscreen input schemes. This game has levelling and ‘perks’ although it kind of just rushes through all that and you figure it out as you play. It is also not watered down, having a nice difficulty curve to it.

Apart from that I played some Puyo Puyo Tetris (and raged as the analog stick messed up some Tetrimino placement…how I wish JoyCons had a proper D-pad). How about you?

Now Platinum Games Teases The Wonderful 101 for the Switch

New Trailer For Shadow Of Mordor

Monster Boy & The Cursed Kingdom Demo To Be Shown At Gamescom

Today’s post is brought to you by watching your language – or at least how you translate language in games:

Splatoon 2 Direct – Splatoon 2 launches on the Switch on July 21st. As a part of the hype, Nintendo held a special Nintendo direct, just for you…er, just for Splatoon 2. Also for those interested, we already have a Splatoon 1 (WiiU) Vs. Splatoon 2 (Switch) graphics comparison. Someone asked me if SP2 is coming to the U…nope, just the Switch.

Splatoon 2 Direct – Everything You Need to Know!

Whether you’re a Turf War expert or a first-time Inkling, Splatoon 2 for Nintendo Switch is the game is for you. We’re here to show you all the ins and outs so you can play the best game of your life! Stay through the end of the video!

Warframe Going Open World With The Plains Of Eidolon Update – I played WF for a little while after it first launched but farming item games require much more time than I can dedicate to them so I became sidetracked with other things. I might have to fire it up again and give it a spin once this new update is out:

TennoCon 2017 – The Plains of Eidolon

MY BUMHOLE IS READY

New Footage For Ready Or Not, An Upcoming Tactical Shooter (PC) – I was reading a lamentation elsewhere on the internet about the lack of tactical shooters these days so if such a game is up your alley, check this out. With the vague “2018” release date it has a way to go but I would call it promising so far

Minecraft Story Mode Season 2 Trailer – I don’t know how popular ‘Story Mode’ is for Minecraft as I haven’t heard my kids ever mention it but if that’s your thing, Season 2 has launched:

Mike Tyson’s Punch-Out!! Parody. Are you a gamer? Do you love the Nintendo NES and professional boxing??! Well watch our latest video and see if Matt can win the title of Heavyweight Champshion of the World! ——— Be Sure To Subscribe to Studio C ► https://goo.gl/ppFsJP Bring on the laughs!

Homebrew of the Week – Witch ‘Em Up (PC) – As indie devs have run the course through the many variations of ‘pixel art’ graphics, we’re starting to find more games using art styles of a little more obscure graphics modes. I remember playing quiet a few games in CGA mode, with its bright magenta & cyan or lime & yellow color schemes. One of my favorites that I can still pick up and play is Sopwith; also, the first time I came across Alley Cat was the ok IBM PC version (Atari 8-bit Alley Cat FTW). Anyways, this new homebrew game for the PC focuses on CGA style graphics. It has some great music too. You can download it here.

This is a game by tinchetsu with music by me. This was submitted to CGA Jam, you can find the game here: https://tinchetsu.itch.io/witchemup The game was made on the TIC-80 tiny computer, a fantasy 80s computer available on most platforms. Check out TIC-80: http://tic.computer/

Microsoft Plans To Cut Thousands Of Jobs Outside Of The US

John McAfee Settles With Intel Over Commercial Use Of His Name

Facebook Begins Dabbling With Housing – The beginning of Zuckerville

One Federal Wiretap Order = 3.29 million Spied On Phone Calls – Sure was nice when we used to have a 4th Amendment protection to privacy, wasn’t it?

Looking For A Brand New Model F Keyboard? – Then check out this website. The Model F was the a class of QWERTY keyboards that shipped with IBM PCs in the 80s, known for their distinct ‘clack’ and heft. An enthusiast has taken upon himself to produce new versions of these old devices and has already received more than 270,000 pre-orders.

Brand New Model F Keyboards now available for a limited time production run! Head to modelfkeyboards.com to learn more! You will be ordering a made-to-order, factory customized keyboard with your own choice of color, layout, and keys. Already over $290,000 in orders have come in!

Could WebAssembly Replace JavaScript For Web Development? – I hadn’t heard of WebAssembly before seeing this video pop-up, it is a lecture/presentation of what WebAssembly is and how it has the potential to disrupt web development. This talks a bit about computer languages to help get to what WebAssembly is. Firefox already supports it, other browsers will soon. Skip to 7m in where he begins to get to how WebAssembly started to come around.

The 4000o Thermite Match – It would have been better to post this last week for the 4th but I missed it so better late than never.

MOST EXTREME MATCH on The PLANET – 4000 Degrees – BrainfooTV

After building 4000 degree Thermite matches, of course you’re gonna want to see them lit and tested right? Yeah me too! In this video we test the world’s hottest and most powerful matches against…

Space Pr0n of the Week: NGC 1512 – Here’s a spiral galaxy that has a “nuclear ring” of bright blue star formation along the edges.  This is likely caused by a galactic collision in the regions past. Image captured by the Hubble