A Somali-American police officer in Minneapolis shot and killed an unarmed woman who was a recent immigrant from Australia on Saturday night.

The incident took place in the upscale Fulton neighborhood.

A 40-year-old woman who family members said called 911 to report a possible assault in the alley behind her home Saturday night was fatally shot by a Minneapolis police officer.

The shooting happened at the end of the alley on W. 51st Street between Washburn and Xerxes avenues S. in the city’s Fulton neighborhood.

The woman, Justine Damond, from Sydney, Australia, and her fiancé lived in the 5000 block of Washburn.

Two curious items: no print media reports have yet identified the officer as Somali and the Minnesota Bureau of Criminal Apprehension’s lightning-fast involvement in the developing case. (BCA is a “super” state policing agency that has jurisdiction throughout all of Minnesota).

The identification of the officer as a Somali-American only comes at the very end of this KARE 11 tv news report of the incident.

Update:  To get the Somali reference you must now click story headlined:

in the right sidebar of the larger story thread; the reporter’s Somali reference is at the 2:50 mark.

A Google search of the key words “Somali officer Minneapolis shooting” yielded no relevant results at the time of this writing.

The incident is the latest in a string of high profile shootings by Twin Cities police.  Last summer a Facebook live stream video of the officer-involved shooting death of African-American Philando Castile in St. Paul sparked community outrage which resulted in many protests throughout the area.  Most recently, the subsequent acquittal of the shooter, Hispanic office Jeronimo Yanez, led to rioting and closure of Interstate 94 through downtown St. Paul the day of the verdict.

In 2015 the shooting of African-American suspect Jamar Clark by a white police officer sparked rage, protest and a weeks long “occupation” of the streets surrounding the police precinct where the incident occurred.  The officers involved were exonerated by DFL (Democrat-Farmer-Labor) county Attorney Mike Freeman (son of former governor Orville Freeman) and no charges were filed against the cops involved.

The shooting of Damond could not come at a worse time for Minneapolis Mayor Betsy Hodges.  Hodges is running for re-election this fall but was recently denied the DFL endorsement at the city convention.

Hodges working relationship with lesbian Police Chief Janee Harteau is strained and the police union is openly hostile to the mayor.

Hodges can ill-afford to alienate the affluent white voters who form the core of her support.  Black Lives Matter activist attorney Nekima Levy-Pounds is mounting a strong independent run for the mayor’s chair and is running to the left of an already extremely liberal slate of DFL candidates. Levy-Pounds has been at the forefront of the BLM protest movement in the Twin Cities.

The Minneapolis DFL is in such disarray that StarTribune editorialist and DFL apologist  Lori Sturdevant took to the front page of the Sunday paper’s Opinion section to attempt damage control.

The story is just breaking on national media.

This is a developing story with many different angles and relevant updates will be posted as they occur.

UPDATED: Video shared on twitter. Skip to 2:50 for the Somali reference.

MINNEAPOLIS – Hundreds of people gathered at the entrance of an alleyway in southwest Minneapolis to mourn 40-year-old Justine Damond, the woman who was shot and killed by police there on Saturday night. The Minnesota Bureau of Criminal Apprehension is investigating the fatal officer-involved shooting, and Minneapolis Assistant Police Chief Medaria Arradondo said Sunday that the officers involved are on administrative leave.

The officer’s name is Mohamed Noor.

Fox News reports that Mohamed Noor has offered his condolences to the victim’s family.

Mohamed Noor is the newest Somali police officer in Minneapolis.

“Officer Noor has been assigned to the 5th Precinct, where his arrival has been highly celebrated, particularly by the Somali community in and around Karmel Mall,” says Minneapolis Mayor Betsy Hodges.

“The community even hosted a meet and greet event (see pics) to welcome him. A wonderful sign of building trust and community policing at work.”

Officer Noor is the subject of a pending federal complaint.  There are at least two pending complaints against him at this time.

Federal court documents say the complaint is an action for money damages arising out of a May 25, 2017. The complaint accuses Noor and the other officers “without any reasonable or legal cause” of forcing “their way into Plaintiff’s house,” where they’re accused of having “violently and forcibly detained her, and transported her to a hospital against her will.” She’s alleging violations of constitutional rights.

Graham is a retired social worker from Minneapolis.

UPDATE: Officer Noor is refusing to talk with MN BCA investigators assigned to the case

Noor has declined to make any comments on the case and the other officer is on administrative leave.

The BCA says Noor has declined to be interviewed by agents at this time. Noor’s attorney did not provide clarification to the BCA on when, if ever, an interview would be possible. The BCA says, under the law, it cannot compel the testimony of either officer.

StarTribune is reporting that a “loud noise” occurred a moment before the shooting:

Police officers Matthew Harrity and Mohamed Noor eased their patrol vehicle into the alley of the quiet south Minneapolis neighborhood late Saturday, the squad’s lights off as they responded to a report of a possible assault.

Near the end of the alley, a “loud sound” startled Harrity. A moment later, Justine Damond, the woman who had called 911, approached the driver’s side of the squad car. Suddenly a surprise burst of gunfire blasted past Harrity as Noor fired through the squad’s open window, striking Damond in the abdomen.

UPDATE: FRIENDS SAY NOOR FIRED FATAL SHOT BECAUSE HE WAS “STARTLED” BY DAMOND

Killer policeman Mohamed Noor has said he was ‘startled’ by his victim Justine Damond seconds before he opened fire.

The cop has told friends about why he gunned down the bride-to-be, 40, in his first account of what happened Saturday night.

DailyMail.com has spoken to those friends to reveal for the first time his account of what happened that night.

The fact Noor has disclosed the events of the evening to friends will raise questions over his conduct.

The Minnesota Bureau of Criminal Apprehension (BCA), which is investigating the shooting, said in a statement Tuesday that he had declined to be interviewed and that his attorney had not said if or when an interview would take place.

Hundreds of people dismayed by the death of Justine Damond rallied and marched Thursday night in the south Minneapolis neighborhood where Damond lived and died, their procession growing as people came out of their houses to join it and others gathered on lawns and sidewalks to watch.

Kathy Rappos, who lives in the neighborhood, said she came to march because “Justine is any one of us.”

“This is not what Minneapolis represents,” she said.

Damond was fatally shot late Saturday by Minneapolis police officer Mohamed Noor, who was responding to a 911 call she made to report a possible sexual assault near her house

UPDATE: Noor’s neighbor has questions about Somali cop’s temperament for the job:

“He is extremely nervous … he is a little jumpy … he doesn’t really respect women, the least thing you say to him can set him off,” Mr Miller said.

“When they say a policeman shot an Australian lady I thought uh, oh but then when they said who it was I was like, ‘OK.’” 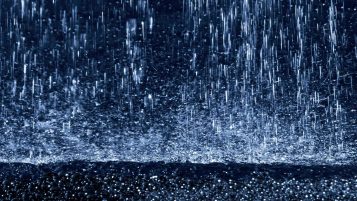