Welcome to our latest collection of news from the gaming and technology worlds wrapped up into one post. This week is the post-E3 hangover, as there is more than enough news to digest following big overproduced trade shows.

I actually didn’t play anything on Switch this week…I’ve been interested in Arms but that will come in a few weeks as I’ve got other bills to pay. I did play some more Doom on PC although I need to get more hardware upgrades for that to play better (and those have to wait, again due to bills). Then thanks to some Atari news, I fired up the great ol’ Atari Lynx and played some Desert Strike, Zarlor Mercenary and Shanghai.

Nintendo Wisely Seeks To Avoid Politics In Their Games – To paraphrase a political saying from ’92, ‘It’s about the fun, stupid!’

Sega Hopes To ‘Change The Game’ With Retro Games On Mobile

Well, That’s No Surprise – Xbox One X Will Not Turn A Profit

Scum, an “open world prison game” is in development – Environments seem rather lush for a prison

Comparing Tank Graphics On Modern Tank Games – If you’re really into tanks, this is for you.

What “Dark Rides” Look Like From Above While In Operation

So, Ubisoft Considers Beyond Good & Evil 2 At “Day Zero” Development – Gird your loins for a loooong wait

Robotron 2084 Revival Nex Machina Out Today (PC/PS4) – As a collaboration between European developers Housemarque and arcade designing legend Eugene Jarvis (who was part of the team that created the original Robotron; also responsible for Defender, Cruis’n USA and the current arcade game maker Raw Thrills) comes a Robotron-like twin stick shooter with plenty of exploding voxels:

Super Mario Odyssey Co-Op Shown: The next Super Mario game is going to include co-operative play. Nintendo was nice enough to show how that will work.

Check out the Co-Op gameplay for Super Mario Odyssey at the Nintendo Show floor at E3 2017. Join Mario on a massive, globe-trotting 3D adventure! Use his incredible new abilities to collect Moons that power up your airship- the Odyssey, and rescue Princess Peach from Bowser’s wedding plans!

New Avatars For Xbox – With Nintendo kind of letting the whole Mii idea to the wayside, Microsoft is deciding to go further with their Avatar system this fall:

Game Music Of The Week: Let’s Go Away (Daytona USA, Arcade) – Celebrating the new release of a Daytona USA arcade game, this high energy and fun song is only fitting. This ‘alternate’ version is sung by the original songwriter himself :

Atari Apparently Looking To Get Into Console Hardware Again – Putting this at the bottom as I get long winded on the subject. Feel free to keep scrolling if it isn’t interesting to you.

Before I go any further, I’m Arcadehero and I’m an Atari nerd at heart. I own all of the consoles they made from the standalone Video Pinball machine to the 2600 to the Jaguar and everything in-between; I have a Flashback 2 and some of their computers. I’ve also owned as many as 8 Atari arcade machines at one time with a dead Atari pin currently sitting in my garage but several working machines at my business. If anyone should be in the target market for anything Atari hardware related, I’m near the front of the line.

I may be a big fan of Atari but that would be the Atari of 1972-1996ish and not what the company has been since. After the French company Infogrames bought them up in the early 00s, it’s been one clusterfark after the other with them. In 2013, the CEO of the company bought it up from bankruptcy and has been hard at work suing people who use the term Haunted House in their game titles to pushing gay pride parade mobile games around that nobody wants. They also have been making one “Flashback” console after the other to no avail, currently sitting on the 8th iteration of the idea. It just has to eat them up seeing Nintendo do something like the NES Classic once and everyone go crazy for it while shrugging at Flashbacks.

So now there is something called the Atari Box. Apparently it is a PC-based device and from some indications within the Atari community, not another Flashback console. From that data, I’m not entirely sure what it is they are trying to accomplish here, other than “we use to be about hardware so maybe that’s the ticket!

The power console market is pretty well locked up between Nintendo/Sony/Microsoft. To even dream of competing in that arena you need billions of dollars, something Atari certainly doesn’t have. While I imagine they could do a poor man’s Switch but everyone would see through that pretty quickly. So there’s the retro console market. But they’ve been trying that over and over as mentioned and people just shrug at this point (it’s an impulse gift that people grab when they see it in a pile at Bed Bath Beyond – not exactly a must-have). That leaves only one other spot – the “Ouya” style market of micro-consoles. That’s another space that no one has really been too successful in either. You need content to get anywhere but if you just tie it into an existing content platform like the Google Play Store, you end up with tons of garbage that drowns out your console exclusives (assuming you have any).

Ouya-style seems likely at this point and if they were to offer games from all of their consoles from the 2600 to the Jaguar in a sort of Virtual Console then it could be interesting at the very least. Well, for those few thousand hardcore fans out there. Everyone else won’t have much of a reason to be interested without great new content.

The problem for sustainability and success lies in the fact that Atari in its present form doesn’t have any talent with vision as to what to do with their old IP while coming up with interesting new titles.  Most companies with a name from the 70s or 80s doesn’t and they’ve been hard at work disappointing fans for many years now – Nintendo excepted. I do not believe that Atari has any programmers at all at this point – just lawyers who know their way around getting licensing deals completed. This means that they don’t make games themselves but use 2nd parties to create that content.

When the company started, it was made up of nothing but engineers, one of which had experience working at an amusement park and eventually had various individuals with a game-centric vision that created those pioneering games that shaped the industry. A vast majority of their greatest hits were developed for the arcade market, something that operates with a different mentality than console gaming. As they’ve been trying to revive many of those classics, that’s the key they’ve been missing (aside from not having the money necessary to develop even AA level games). When you operate the business from the cash cow-centric perspective, that’s not exactly a recipe for lasting success.

Too Much Ice Cancels Yet Another Climate Change Study – Naturally the headline and story says that it was the fault of climate change.

Almost There – Graphene-Oxide Supercapacitors Almost Ready For Commercial Use

In The Future We’ll All Fly In Fusion Rockets….Right?

Speaking Of Flying Cars, The Future As Envisioned From The 1930s

E-Cigarettes Can Be Used To Hack Computers

President Trump Orders Work On Y2K To Cease – Like everyone else, I assumed that if any work had been done regarding the infamous Y2K bug, it was done in the late 90s and maybe some fixes around January 2000. This is the federal government we’re talking about though so of course they were still wasting money and resources on something that didn’t need the effort, seventeen years after the fact.

One For The Good Guys: Supreme Court Rules That Once You Buy Something, It’s Yours – Stemming from a case involving printer company Lexmark trying to stop another company from refilling cartridges on-the-cheap. Like many companies, Lexmark wanted you to have to buy overpriced printer carts from them. They took the other business to court and Lexmark lost, which means good stuff for us consumers. The implications of this go beyond printer carts; read more about it here.

The Brick Making Machine – Since all the tech talk these days is about robots taking all human jobs, how about one in action?

This machine can produce almost 300 bricks in a minute

Don’t Like Your Ice Cream Bar As A Bar? – Then this hand-crank ice cream bar grinder is for you, I guess. Seems kind of pointless to me:

Mirror Spray Paint – How well does it work? <clickbait>You’ll be SHOCKED by the results</clickbait>

Space Pr0n Of The Week: Triton’s Cantalope’s Terrain – The only major moon around Neptune is a fascinating place, at least from the only close-up pictures we’ve seen from the place via Voyager 2. This close-up shows a bizarre region that looks like the skin of cantalope. It is mostly craterless, meaning that some sort of process regenerates the surface.  Between this and Pluto, bizarre terrain seems par for the course out in the Kuiper Belt: 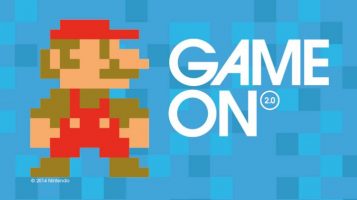