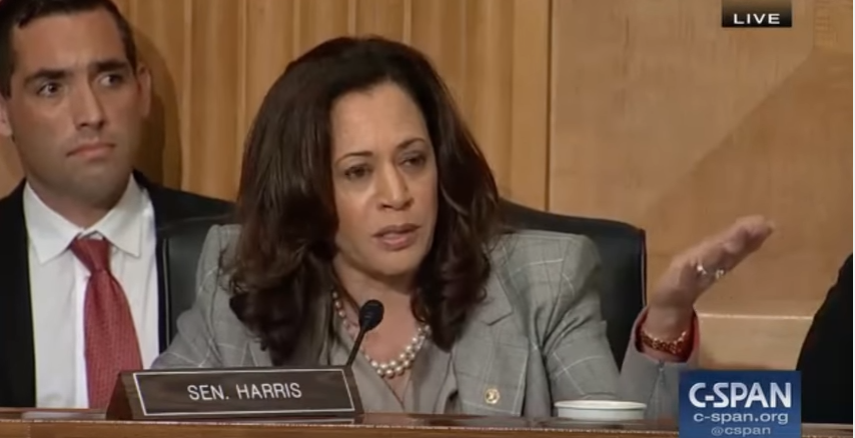 She finally went too far, I guess.  She’s been interrupting all week.  Senator Kamala Harris was questioning Deputy Attorney General Rod Rosenstein about whether or not he would put in writing the independence of Special Counsel Mueller.  Each time he tried to answer, she talked over him, to the point that Chairman Richard Burr (R-NC) told her to suspend (STFU!) and let him answer.  She then gave the Chair a withering look, returned a bored gaze to Rosenstein and at the end of his lengthy (although not as lengthy as her loaded, condescending question) answer, said, “So is that a no?” at which point Burr moved on to another Senator.

Kamala Harris, after repeatedly interrupting Rod Rosenstein during a Senate Committee hearing, gets shushed by the Chair.

Welcome to the big leagues, SJW!