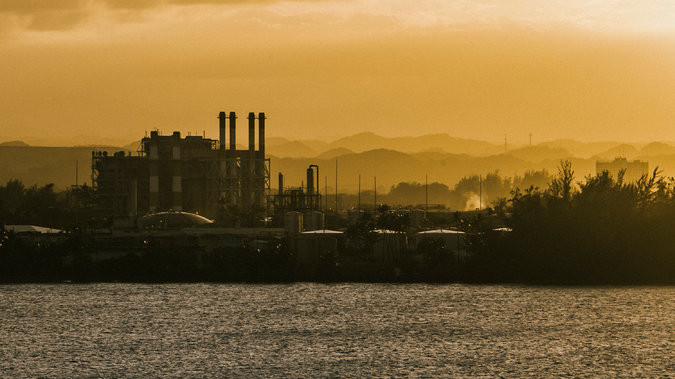 Two stories about the failing US territory of Puerto Rico recently came to my notice. The first:

Facing jail time for failing to reopen a school that students have shut down for nearly two months, the university president quit on Tuesday — the second to do so this year. So many members of the board of trustees resigned that the board no longer has the quorum required to hire a new boss.

The University of Puerto Rico was founded in 1903, mostly as a place to educate teachers. It now has nearly 60,000 students across 11 campuses, and is considered the cradle of Puerto Rico’s leftist thought. Known affectionately as “La Yupi,” U.P.R. offers 452 degree-based programs, including 40 at the doctorate level, a medical school and a law school.

But tuition is just $56 a credit, so a full course load costs less than $1,700 a year. At least half the students are dependent on federal Pell grants, meaning they pay no tuition at all, and even get a subsidy for living expenses.

In a desperate mission to raise revenue and cut costs, the administration drafted a plan to increase tuition based on a family’s ability to pay. Half the student body would see no increase, but the highest-earning parents, about a quarter of the student body, would see tuition more than double.

For some students, that was too much. “Zero cuts” and “zero tuition increases” became the mantra of the student body.

Yes, you read that right. A school which apparently is designed to churn out leftists is now demanding a free ride from the Puerto Rican government. The students who are “angriest” and protesting are the rich and well-off ones who can afford to pay for the tuition increases, rather than the poor and disadvantaged. In fact, given that the island may not be able to continue running the school due to having no money, the rich, spoiled leftist students are actually harming the education of the poor and disadvantaged ones.

In addition to the wealthy leeches demanding a free ride at the university, a leech of another kind is demanding statehood and a bailout from the US taxpayer:

As of today, there are more than 1.6 million American citizens receiving healthcare services through the public system. That’s nearly 47 percent of our population. In fact, if we add the people under Medicare, roughly one million, three quarters of our population receive federal allocations to cover their healthcare needs.

In 2012, the Affordable Health Care Patient for America Act, better known as ObamaCare, assigned the territory of Puerto Rico a lump sum of $6.3 billion to cover health expenses through Fiscal Year 2018. Those funds elevated the federal reimbursement level for Puerto Rico, from a pathetic 25 percent, to a more plausible 55 percent. Before 2012, Puerto Rico received an average of $325 million to cover all expenses. The local government supplemented this with massive infusions of cash, which eventually drained our coffers. As its stands, in less than a year, the ObamaCare funds will be extinguished, leaving us without any hope of mantling the current level of service.

Let me be clear about one thing, if Puerto Rico were to become a state, we are set to receive no less than 83 percent of all health-related expenses through the federal government. That’s enough to continue covering our most vulnerable, our children and the elderly. But Congress have yet to act on the admission of Puerto Rico, despite having a mandate of our people, expressed free and democratically in the 2012 status referendum which statehood won with a robust 61 percent of the vote.

To be clear, the plan of Puerto Rico’s new governor is to somehow convince Congress to make Puerto Rico a full US state, which would then require Washington to bail out Puerto Rico’s insolvent health care system. This is not an acceptable outcome to a situation which was caused by Puerto Rico borrowing itself into a black hole.

Washington bears some responsibility for the current situation in Puerto Rico. From 1996 to 2006, Congress repealed federal tax breaks which made it attractive for US businesses to be located there. It has not just done this in Puerto Rico, but in all the US territories. The result of these repeals have been severe economic depressions in all the US territories except for Guam, which benefited from tourism from Japan and South Korea and US military spending.

However, it is not Washington’s fault that Puerto Rico and the territories began borrowing money instead of reducing spending to levels commensurate with the decline in economic activity.

The way forward for Puerto Rico and the US territories is to quickly discharge their unsustainable debt through bankruptcy, the re-enactment of the favorable tax laws, and an end to unsustainable borrowing practices. The answer is not a federal bailout, which won’t solve the territories’ long term problems and just require further bailouts down the road when they fall into another black hole of debt, since the local economy will remain moribund if no changes are made.

However, with the current behavior of the island’s residents, my sympathy for Puerto Rico is just about gone. If they are unwilling to do what they should be doing – pushing for the re-enactment of favorable tax laws instead of demanding the US taxpayer open their wallets – I’d rather see them be independent than let them become a state which would be an eternal welfare case that the US government would be forced to bail out over and over again. Maybe it’s time to let Puerto Rico go its own way.