Here at Ground Zero of The Resistance, in the Heart of The Bluest of The Blue, Trump Derangement Syndrome is approaching near orgasmic levels of drooling anticipation with expectation of the Imminent Departure of Mr. Pussy Grabber/Russian Stooge/Comey Memo Liar in Chief.

There is a palpable Sense of Impending Victory and Vindication of She Who Deserved to be the country’s first Queenident  – who, by the way,  Won the Popular Voter for crizzest’s sake.

How odd to see Fortune’s Wheel Spin the Change in just a mere six months.

The Down in the Dumps Resistance, gasping for air like a neglected goldfish in a nine year old’s bedroom only a few short weeks ago is today Smelling the Cusp of Victory.

The Culmination is proceeding at a breathtaking pace; the Establishment Republicans are flailing about in pant’s pissed fear and the Next Jerry Ford in Waiting , the hapless Mike Pence, should be sworn in before the celestial odometer flips to Year of Our Lord 2018.

It’s like the Republican Party, riding high with the House, Senate and White House firmly in their back pocket, has suddenly gone Pale Old White Bellies Up.

I personally prefer An Enemy who makes no bones about How Much They Hate You and Want You To Die  such as the Globalist Left and the Islamic Caliphate (but I repeat myself).

Clarity is an Old Fashioned Virtue, I suppose.

Like the Macronese French who have decided they prefer to live life in a state of blissful denial the GOP might as well bend over, grease up and get prepared take it Good and Hard.

With that Stunningly Accurate Visual still firmly in mind I hereby declare the formation of a New Political Movement: the FUR Party – present membership: one.

Be It Resolved: The FUR Party is hereby founded on the proposition that The Enemy Without is to be Hated and Respected but the Enemy Within is to Simply be Hated for their Arrogant Sleaziness.

(If you haven’t already guessed, the acronym for the FUR Party stands for Fuck U Republicans.)

Once this post Goes Viral it will be only a matter of micro-seconds before the thumb-sucking “let’s throw Trump to the wolves and jackals” contingent of the GOP (conservatively estimated to be presently hovering around 95%) begin to whine and stamp their small and insignificant feet with complaint.

So we have finally come to the gleeful edge of realizing the #NeverTrumper’s self-fulfilling prophecy that the ascendance of The Orange Hitler will mean the death of the Grand Old Party.

The GOP needs to understand One Simple Thing and understand it quickly and clearly:  it’s time to Dance with the One Who Brung Them or the midterms are gonna make Prom Night with Carrie White look like a sedate soiree.

They have staked out their elitist turf in the soon to be overpopulated Graveyard of Political Elephants.

I’ll take smarmy ol’ Weeping Chuckie and his scuzzball crew to The Weasel Contingent of what passes for most of the Republican party any day of the week and twice on Hump Day.

Parting Shot to The New Whigs a la the 2018 midterms:

Enjoy the Spectacle of the abbreviated Trump Administration twisting in the wind. 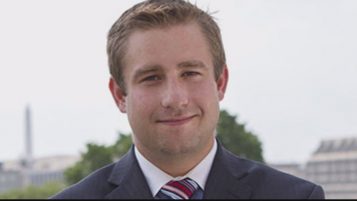