Who ever said that fascism is dead in Europe? It’s obviously not, fascism is alive and well and the Modern Fascists have now begun loading thousands politically active social media accounts into virtual boxcars and are sending them off to the electronic gulag.

This week’s censorship story is brought to you by Facebook and the globalist neo-fascists who weren’t satisfied with the actual arson and firebombing of Marine Le Pen’s headquarters last week, and so they are now virtually firebombing the Facebook pages of tens of thousands of Le Pen supporters … industrially censoring the social media content of thousands upon thousands of Facebook account holders.

Facebook has a program in France to use “outside fact-checkers” (who fact checks them? No one wants to talk about that) to combat what they call “fake news” in users’ feeds.

Keep in mind that Facebook already has a track record of using the term “Fake News” to describe any opinion that is in disagreement with Leftest governance and Globalist multinational corporate policies and philosophy.

Governments all across Europe are pressuring every social media operator to censor all right-wing and/or nationalist supporters posted content. What’s going on here with Facebook is also also happening with Twitter, YouTube, Instagram, etc. in a blatantly obvious attempt to sway the results of French and German elections.

Keep in mind that these social media companies don’t really care about what’s real, fake, extremist or anything else that gets posted on their systems. Facebook creates none of their own content … the only attraction to keep people clicking and reading the ads is user posted content. Once again we see that when a service is “free” then YOU are the actual product getting sold.

What the social media companies do care about is that their advertisers care about user posted content. Those global multinational corporate advertisers strongly object to any kind of speech that calls their globalist power or ideology into question.

The multinational corporations have had just about enough of all this “freedom” and “nationalism” talk and are now “cracking down” on speech that they don’t like by pulling their advertising and thus starving these social media companies of their only true source of funding.

It’s only going to get worse. The globalist cabals already realize that they are losing their power. The more they feel cornered the more extreme their reactions will be.

I fully expect to see “doxing” become the next big thing used by the multinational corporations and media companies to control what people are allowed to say on the internet, once the censorship efforts fail (all such efforts always eventually do fail).

Speaking at a “Future of Democracy” forum last week at the University of California at Berkeley, Democrat Ann Ravel, who just stepped down from the agency, also raised the possibility of regulating political speech and ads on Facebook and Twitter. 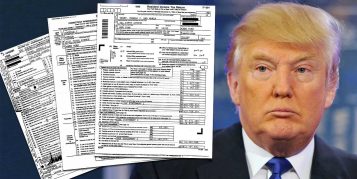