The ever expanding deck of victim cards has been reshuffled and the new ace is Islam.

Bruce Bawer at PJMedia has the scoop:

Last month, when Marine Le Pen refused to put on a headscarf for a meeting with Lebanon’s “Grand Mufti,” a friend of mine, whom I’ll call Dave, commended her for it on Facebook. Dave, as it happens, is a Manhattan liberal who voted for Hillary Clinton, despises Donald Trump, and thinks Le Pen is a fascist. But he’s also a gay man who’s very clear-eyed about the danger of Islam, especially to gay people, and who is angry at the left, both in the U.S. and Europe, for appeasing the Religion of Peace. And so he gave Le Pen a thumbs-up for her gutsy action.

Since Dave’s own friends list consists almost exclusively of other big-city liberal types, he was immediately savaged for his post on Le Pen. One of them wrote that just because Muslim women decide to cover their hair or body doesn’t mean they’re oppressed, and added that Le Pen, by refusing to wear a headscarf, wasn’t standing up for women but simply “trying to spread hate” towards Islam.

In response to his friends’ complaints, Dave tried to play the gay-rights card, explaining to them that if they accepted the Muslim rule that women need to don a veil to meet a mufti or enter a mosque, they also had to accept the Muslim requirement that gay people – people such as himself – be stoned to death. Plainly, Dave expected that this argument would win the day with his oh-so-liberal, oh-so-gay-friendly friends. But it didn’t. On the contrary, their responses made it clear that they’d fully accepted the current progressive pecking order among officially recognized oppressed groups: gays (especially affluent gay American males such as Dave) are at the bottom of the ladder; Muslims are at the very top. Which means that when gays criticize Islam, a decent progressive is supposed to scream “Islamophobe”; but when Muslims drop gays to their deaths off the roofs of buildings, one is expected to look away and change the topic.

There you have it Sparta.

With the elevation of Muslims to Top Dogs in the victimology hierarchy we can now expect some pretty interesting hands being played in the future:

Do female Muslims beat male Muslims or is that only played when holding the taqiyya card in the hole?

Is the Transgender card still part of the standard deck or is it the equivalent of a wild joker?

You get the idea.

The possibilities appear endless at this point and I encourage you to create your own House Rules.

Still, one thing is certain: when it comes time to play 52 Pick Up it’s gonna be the straight white males who will be stuck holding the bad hand. 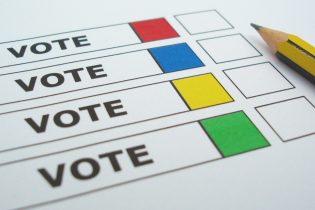