I’m a Spenglerian, so I am always on the lookout for posts and articles that support My Correct Opinions via Confirmation Bias.

But before we proceed down that pot-holed brain path, a nice Cliff’s Notes overview of Spengler’s Theory of Civilizational Decline can be found here and includes this cogent summary:

According to Spengler, Western world has entered Winter and its civilization is ending.

Over the coming decades, Spengler expects the intellect of our civilization to fade, people to stop reading and thinking as the civilization as a whole loses interest in thought, and the government to become autocratic/tyrannical. Art will further devolve into “meaningless subjects of fashion.” The population comprising the civilization will continue dying off as it loses touch with the myths and culture it was founded upon. We are also experiencing the “spread of the Final World Sentiment” of our civilization as the spread of Socialism around the world. As government becomes autocratic we can expect “primitive human con.ditions slowly thrust up into the highly-civilized mode of living.” Our great works and most of our technology will fade and lie in ruins as the population comprising our civilization fades away. First the countryside and then the cities will depopulate (as seen in the Rust Belt and now cities like Detroit.) Spengler says we should also expect conquests of our now-exhausted civilization by “young peoples eager for spoil, or [foreign] conquerors” as the imperial machinery of the State falls apart.

Keep in mind – this was all predicted in 1918 by Spengler even though it sounds as if it was written today!

Now hold that thought, particularly the parts where I added bold emphasis and let’s head back to my predilection for tossing confetti when my Confirmation Bias shows me how smart I am.

(You all should be so lucky to live in Bruno World…)

And here’s where Dean Wormer makes his cameo appearance: an absolutely spot on post over at The American Interest regarding the death throes of All Good Things Western Civ at the hands of the American college and university system.

In a post entitled The Meaning of Middlebury author Flagg Taylor chronicles The End of Antonio Gramsci’s Long March Through the Institutions culminating in the triumph of “passionate engagement” at the expense of intellectual honesty and the cultivation of western cultural heritage.

It’s worth the time to read the whole thing.  Here’s a taste:

“Passion” and “engagement” are not only poor substitutes for virtues like moderation, courage, and prudence, they create an environment hostile to their cultivation. Further, the demands of the “real world” are ever-changing, and adapting the cultivation of the mind to the instrumental goals of society results in a limitation and adulteration of that delicate process. By trying to imitate the real world that has already changed before our imitation can be constructed, as Václav Havel once wrote, we end up falsifying the real world. The humanities and social sciences have retreated from the cultivation of the mind and their devotion to the discovery of truth and the human good. With the question of purpose left unasked and the possibility of truth not considered, space is left open to politically correct dogma and those willing to demonstrate their passionate commitment to the cause.

But applauding the passion or commitment displayed by student-activists is problematic for a host of reasons. First, one might be a passionate activist in the service of an invidious cause. Ought we celebrate the passion of a 9/11 hijacker or a suicide bomber? Second, passionate commitment can also embody a cheap moral exhibitionism that is both pointless and self-indulgent.

The cheapening of thought at the expense of feeling is not just a phenomena of the pricey private college set.  It’s pervasive and has even penetrated the dreamy fields of rural Iowa:

At Iowa State University, International Studies Professor James Strohman gave his students an unthinkable assignment. He wants them to pen an essay in which they adopt the Al Qaeda terrorists’ point of views.

And this at a school known for it’s engineering, science and technology focus.

Fortunately, being a Spenglarian means never having to say you’re sorry; it’s also a great way to sit back with a depressed, detached bemusement and watch as the lamps of Western Civilization are silently and passionately  extinguished. 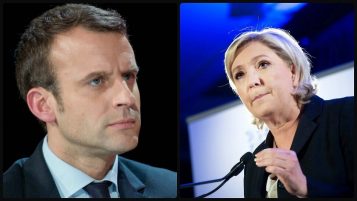