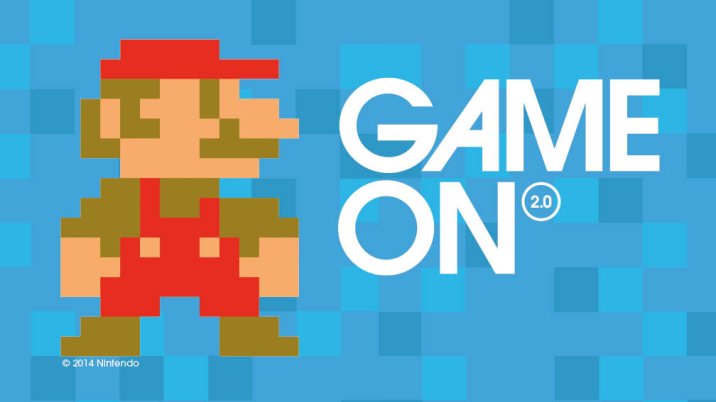 As a heads-up, the Gaming/Tech thread this week is a little more bare bones as I left on vacation this past Saturday for warmer shores. This will also affect next week’s thread since I’m gone all week. Everything back to normal after that 🙂

What Have You Been Playing This Week?

FPS? RTS? RPG? Platformer? Sports? Nothing? For me it was almost nothing but on the flight I was able to get a little 3DS time in, trying out some Shinobi, Kokuga and more Federation Force. No Switch for me yet due to timing and cash but the new Zelda really tempts me. Depending on how things change for a 2nd job I have, once I’m back there’s a good chance I’ll be grabbing a Switch by the end of the month.

Twitch Gets Into Selling Video Games

Oculus Cutting Prices As It Struggles To Compete

Xbox Games Pass Offers Over 100 Games On A Subscription Program

The Legend of Zelda: Breath Of The Wild Racks Up Plenty of Perfect Scores

Indie Games Coming to Switch – Before the Switch launched on Friday, Nintendo held an 18 minute showcase of indie games coming to the platform. They uploaded trailers to their channel afterwards but in case you missed the presentation, here it is:

Discover some of the unique and innovative experiences world-class indie developers have in store for Nintendo Switch during the Nindies Showcase. 00:10 – SteamWorld Dig 2 02:05 – What the Nindies Are All About 02:52 – Yooka-Laylee 04:09 – Overcooked!

Singularity For Zero Latency VR – There are plenty of bets being placed on VR, among those are amusement/out-of-home commercial applications. Australian company Zero Latency has attracted attention in Tokyo and Orlando with setups there; here is a trailer for “Singularity”, a multi-player arena FPS title. Zero Latency boasts fast refresh times but the issue as you can kind of see is that you are placed in a space ship with narrow corridors but if you decide to wander through a virtual wall, the illusion is broken since the physical space is wide open:

You are part of a specialist Black Ops team, sent to investigate a secret military space station orbiting Earth. There have been no communications from the station in some time and the fate of the ships inhabitants are unknown.

Steel Division: Normandy 44 Aims For Realism, RTS Style (PC) – If you’re into WW2 games or RTS games, then this looks like it might be the game for you. PC Gamer has more details on this one beyond what the announcement trailer gets into.

Nintendo Prototyped Zelda: Breath of the Wild Using Original Zelda NES Style Engine – The headline pretty much explains it all but this is a fascinating look at how Nintendo approaches game design.

Official Prototype for Zelda: Breath of the Wild Was Based on NES Zelda

Nintendo held a panel at the Game Developer’s Conference 2017 to talk more about what went into creating The Legend of Zelda: Breath of the Wild. There they revealed a special prototype that they used for testing new systems while also being a throwback to the original Legend of Zelda on NES!

Human Error Blamed For Internet Outages Last Week – Ploy by The Machines To Replace Us? 😛

Google Play Store Was Main Source Of Mobile Malware In 2016

How To Prevent Shotgun Blow Ups

You Know What a Novel Idea Is For Preventing The Spread Of Diseases? Try Immigration Controls

Weekly Reminder That Liberalism Is a Mental Disorder – LA Times writer Michael Hiltzik calls Trump’s pushes for more human space exploration “hugely wasteful” and “pointless” because he thinks that we need to spend all of our time and resources on the climate change hoax. Of course, he’s too dumb to understand that it’s a hoax but that doesn’t stop his silly drivel that the only thing driving human exploration of space is romanticism and of course TRUMP WANTS IT so that automatically equals TEH WORST THING EVAR. Notice how often the writer has to use malleable terms such as “likely” or “assumptions” while making one assumption after the other. The writer belittles the actual contributions that space exploration has made to science, the contributions the current prospects of returning bring with them such as radiation protection, he doesn’t mention that there are astronauts like Buzz Aldrin who have been pushing for a return but he also likes to dump on the spirit of exploration that has been a part of the human condition since the dawn of time.

Using Windows 98 In 2017 – Of course you can use it so that’s clickbaity – you can use DOS if you want to bother. People still use old Commodore 64 or Amiga or Atari ST machines as their main computer today. Granted, that universe of users is quite small but if it’s what you want to do, go for it.  Take a trip down memory lane:

I raise the stakes in this video. Not only will i try to use Windows98 as my main OS in 2017, i will do so using a computer from the same period. music: Kevin MacLeod – Exit the Premises Kevin MacLeod – Severe Tire Damage

Crushing Batteries – For those who always want to know what’s behind the curtain. Everyone has a hydraulic press at home, amirite?

I SHOULD’VE NEVER DONE THAT !! – CRUSH BATTERY WITH HYDRAULIC PRESS – THE SMASHER SHOW

Buy the slow motion camera that I used in the video – Chronos 1.4: https://goo.gl/KLPIwD In todays episode of the smasher show I will show you when you smash different types of batteries. Starting from the normal AA bateries and going up to some very powerfull LiPo batteries.

Space Pr0n Of the Week: Quad Quasar – Perhaps the most entertaining thing about ultra-deep space astronomy is finding weirdness through gravitational lensing. Here is one of the weirder things discovered using the technique – a lensing effect of a quasar behind a galaxy that causes the appearance of four bright lights around it. It’s just a single quasar in reality…pretty cool. More details on this picture can be found here. 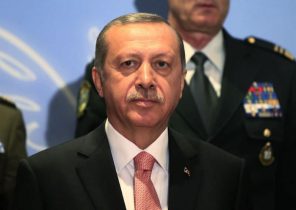