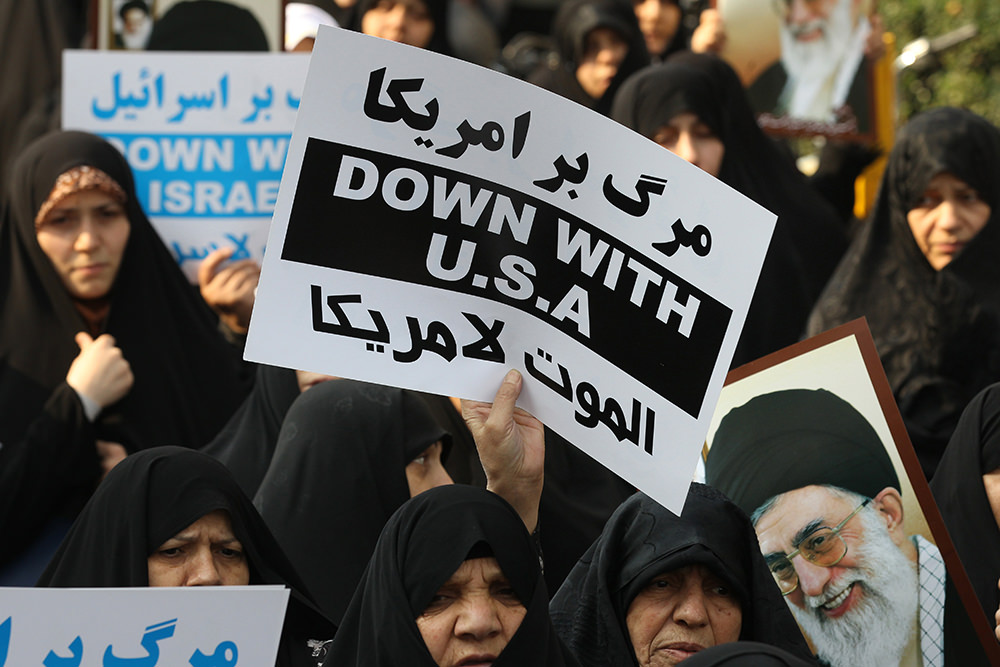 Iranians hold anti-Israel and anti-US placards during a protest in solidarity with the Palestinians of Gaza in Tehran on November 16, 2012. Demonstrations, called for by the authorities, against Israel's military action in the Gaza Strip also took place in several other Iranian cities after Friday Muslim prayers, with protesters chanting "death to America" and "death to Israel" in the capital. AFP PHOTO/STR (Photo credit should read STR/AFP/Getty Images)
8 Shares
Share1
Tweet7
Reddit
Email

“…it doesn’t take a rocket scientist to connect the dots.  The firing of the Awan brothers is linked to the Yemen raid where al-Qaeda knew we were coming, and it tragically ended with Navy SEAL Owens being killed in action.”

The mainstream media seemed far more interested in obfuscating the details regarding the Tillerson terminations than they were in covering what could be one of the most dangerous intelligence leaks in years, of which there has been but a peep out of any major news outlet.  Captain Joseph R. John (Navy-Ret.) has stated that he believes the Muslim Brotherhood “fifth column” has “infiltrated U.S. Government,” and if he is correct, the Awan brothers could very well be a part of this infiltration.

Yet, there as been but a peep of information about the Awan brothers from nearly all major news outlets.  Are they in jail?  What are they accused of?  Does the Trump administration suspect them of leaking details about military operations to terrorist organizations?  And most importantly, if so, did these three men directly or indirectly contribute to the death of Owens during the Yemen raid?

One thing is for certain – as Politico seemed to take delight in stating, “Trying to nail down who the leakers are is like trying to count the cockroaches under the couch.”  However, it seems most of the “leaks” are coming from Obama holdovers.  Which makes Tillerson’s “cleaning house” look like not just the correct move, it leaves you wondering if he did enough cleaning house.