Racism. I hardly ever heard that word in the ‘70s and ‘80s as a kid. Today, it is the second most used word after the word the. Either somebody is accusing someone or something of racism, or someone or something is denying it. Which is bizarre. It is as if the word astronomer become the second most used word in the English language – after the word the, and everybody was either accusing someone of being an astronomer, or someone was denying being an astronomer. I doubt there would be that many astronomers out there, but what if there were? What of it? Whose business is it? If I happen to enjoy astronomy, that does not make me a bad person. It’s just a thing. Now if someone accused me of being a racist astronomer, I would probably deny it, as astronomy was not my strong suit in school.

However, the new Left, or alt-left, if you like (that term just enrages them – they hate being co-opted) has this new obsession with race which the Left never had when I was a kid. Every social justice warrior, whether it be BLM, or a feminist, or a celebrity, or some college professor, will, if angered enough, eventually shout racism. It’s the new Godwin. It can be a debate about global warming. But once they start to lose on the merits of the case, then the real agenda pokes through like a bot fly larvae punching through your skin. It is inevitable. And gross. Not believing in man made global warming is racist. Not believing in third wave feminism is racist. Math is racist. Tests are racist. Your entire existence is racist, you racist scum. Die already!

Without rehashing the essay I published here last week about This Is Not Your Father’s Oldsmobile, I do need to point out that race is to the Left today, what socialism was to it for the last 140 years. No other idea galvanizes and unifies the alt-left as the concept of fighting what they call racism. Forget the working man. Forget unions. Forget all that stuff your father cared about. What gets them out of the bed in the morning is their holy war against white civilization. Ironic, of course, because the West has never been more racist against whites than it is today. It is practically the official policy of government in that they publicly announce that they seek to hire from a more diverse group of people – meaning that if given a choice between a white person and a non-white person of equal standing, they will choose the non-white. Because racism. You’d think the Left would be smiling from ear to ear at having turned the tables completely from 1964. But no. They carry on in a blind rage as if it was still 1864. They all seem to have Django Unchained fantasies. And the rage seems to increase from year to year. More and more things are labelled racist.

Well, you can add one more.

That’s right. Milk is now racist. The social justice loonies have finally determined that milk is racist. Why? Not just because it is white and the beverage of choice of the Beaver in golly-gee ‘50s America. I’m sure that is part of the problem. But it goes much deeper. You see, many non-whites are lactose intolerant, where as Europeans, especially northern Europeans, have no problem producing the lactase enzyme, where as darker skinned people often get a tummy ache from the stuff. Ergo, milk is fundamentally discriminatory, and therefore enjoying milk is a sign of white supremacy. Or, at the least, white enzyme supremacy. Hey, we can’t jump, so God threw us a bone.

Milk is the new creamy symbol of white racial purity in Donald Trump’s America, says Jack Smith IV at mic.com. (yes, he actually put roman numerals after a name as pedestrian as Jack Smith.) But this idea started before Trump. Last year, Mother Jones asked, “Is Milk Racist” wondering if the FDA guidelines encouraging all people to drink milk might not be a a conscious effort to sicken black people with the Klan juice.

Well right on cue, the alt-right has shown up to mock the alt-left with their own silly meme. Hoisted by their own retard. Pro-Trump trolls showed up yesterday at Shia Labeouf’s art exhibit – you guessed it – drinking milk. Who needs to do a Hitler salute, when you can just lift your milk jug to your mouth instead? It is kinda like Pepe the frog all over again. An innocent symbol perverted by racists. So creamy. So smooth. Yet now so dark, so sinister. (But still a source of 7 essential nutrients.)

How long will it be before milk is taken off the shelves at Target? I give it 12 months. Once an idea like this picks up steam and the memos come down from the marketing department, corporate America wastes no time in its craven rush to avoid the ire of the far Left. They removed the David Dukes of Hazzard car pretty quickly to avoid riots outside their stores. And that was just a toy. For something as fundamentally racist as a product that finds itself most welcome in the tummies of Nazis, they won’t be able to get rid of it fast enough. Virtues must be signaled.

I’m not much of a milk drinker myself. But maybe I should reconsider. If it triggers the left, it is for a good cause, after all. Why say MAGA, when you can just ask: 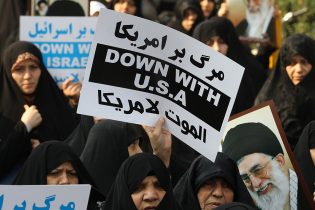