The purge is happening. At least according to the universe of alt-right users on social media: Many of them claim that in recent days their Twitter accounts have been suspended and that their posts on Facebook are not being promoted or shared like they used to. It’s all part of a crackdown on “fake news” in the wake of reports that misleading reports shared on Facebook and Twitter helped influence the election. To many, these efforts are an overdue attempt to maintain online civility. But to others it’s blatant censorship.

For those alt-right individuals and other social media refugees who feel that their views are suppressed, there’s a new social network that promises a digital space for completely free and unfettered communications. Gab, a platform that looks and feels like a combination of Twitter and Reddit, is meant to “put people first and promote people first,” as it was described to me by its founder. And this week, it’s been attracting thousands of users, many of them alt-righters exiled from Facebook and Twitter, though its founder insists that it aims to expand beyond that community and build a more diverse audience. Even Richard Spencer, who leads the far-right National Policy Institute think tank and is widely credited with inventing the term “alt-right” had his Twitter account suspended on Tuesday and soon increased the frequency of his posts on Gab.

Gab is the brainchild of Andrew Torba, an adtech startup founder who now lives in Austin after a stint in Silicon Valley. He found the politically progressive atmosphere of the Bay Area to be stifling, making him uncomfortable about expressing his views, and he moved to Texas to help build his fledgling social network. He was once a member of Y Combinator (he was recently ousted), and has now taken on the mission of fixing what he sees as the censorship that plagues online spaces. The tipping point that pushed him to leave the tech bubble and start Gab came earlier this year, when he read that several Facebook employees had come forward to divulge that the network’s trending topics section was actively suppressing conservative news. “I knew I had to take action,” Torba says. 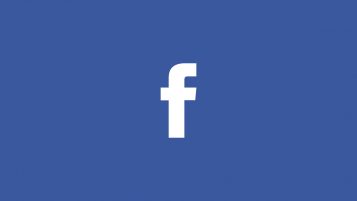