Welcome to the first post in a series on all things gaming! I’m sure most of you have heard about #Gamergate in the news and the social justice warrior (SJW) fights against them. It is an important fight as the gaming community is one community where SJW fascists have yet to subjugate, and have been met with frustrating losses against them.

However, this post will not be about the continued battles between the politically correct fascists in the gaming community, it will be to celebrate the hobby of gaming.

A Short History on Gaming

Videogames have been around since at least the 1940s, when nuclear physicist Edward Condon created the Ninatron for the New York World’s Fair. And with the release of the first gaming systems from Atari and Magnavox’s Magnavox Odyssey in 1972, they established digital games as a potentially huge growth market. But it wasn’t until the release of the Nintendo Entertainment System (NES) and the Atari 2600 (a few years earlier) did we get actual real home gaming systems.  At the time, if you wanted to play a video game, most would have gone to an arcade where games like Pong and assorted others were available.

Since the 1980s we have moved through many generations of video game development. Gradually moving from the 8-bit era with the NES and the Sega Master System to the 16-bit era, with Super Nintendo Entertainment System (SNES) and the Sega Genesis combined by the release of handhelds like the Nintendo Game Boy and the Sega Game Gear. During this era, Nintendo was dominant in North America, far surpassing other game system creators.

During the middle to late 1990s the gaming market moved into the 32/64-bit era with the release of 3D graphics. Sony barnstormed the scene with their first release of the Playstation. It ended up dwarfing the market share that Nintendo had with their release of the Nintendo 64. The Playstation had very high quality audio for the time due to its use of the CD format. Nintendo had stuck with the cartridge system that had served them well in the past. Sega also released their own 32-bit gaming system called the Sega Saturn.

The next era saw the destruction of Sega as a viable console maker with their Dreamcast console spectacularly bombing on release. Microsoft also came on the scene with the original XBox and its massive controller. Sony released their upgrade for their Playstation console and called it the Playstation 2, which ended up being the best selling console of all time with over 150 million units sold. Nintendo decided to go with a mini disc design with their Gamecube console. This era lasted the longest, about 13 years from 2000 to 2013, when the last Playstation 2 consoles were sold.

The next two eras were dominated by the console wars between Sony (PS3 and the PS4) and Microsoft (Xbox360 and the Xbox One). Nintendo ending up outselling them both with the Wii, with its unique feature enabling motion control with a remote, and then faceplanted with the Wii U (in terms of release date and overall sales of the console to date). Handhelds like the Nintendo DS, Playstation Vita, and smartphones were also capturing marketshare as well.

The PC has been humming along the whole time, advancing at a constant pace with consoles being snapshots in PC power at the time of their release. The most modern consoles, the Xbox One and the Playstation 4, have a PC architecture inside their cases. Nintendo with their next console, will also have the most PC like architecture they have released to date.

We now have 51% of Americans own a game console/device. Around 42% of Americans play videogames regularly on PC’s, dedicated game systems, and phones/tablets.

To highlight how much this industry has grown look at Grand Theft Auto V:

In September, a new pop-culture milestone was reached. The fourteenth installment of Grand Theft Auto did $800 million in worldwide sales in its first 24 hours. That was the biggest launch day ever for any piece of entertainment—any movie, any record, anything at all.

Grand Theft Auto V, by Rockstar Games, follows three lowlife characters through a sequence of high-speed car crashes, petty larceny, and other forms of simulated violence against the intricately detailed backdrop of Los Angeles. It is, according to the critics, a very, very good game. It also cost $266 million to make—more than any Hollywood blockbuster except the third installment of Pirates of the Caribbean.

GTA is not the only $100-million+ “tentpole game” out there, or the first one to beat Hollywood by the numbers. Last year, the category-leading first person shooter Call of Duty:Black Ops 2 made $1 billion in 15 days. It tookAvatar, the top-grossing movie of all time, two days longer to earn the same amount.

With the success that gaming industry has had and the popular adoption the industry has gained in the average household, there are many potential customers who have grown up with and got to experience video games since childhood.

The earliest memories I have of playing games, being one of those dirty, dirty millennials, was of the Nintendo Entertainment System. Games like Super Mario Bros., The Legend of Zelda, Duck Hunt, Kirby’s Adventure, etc.

They were all great games, and companies like Nintendo, Sony, and Microsoft have recognized the potential profits in marketing to their nostalgia factor by rereleasing and or updating their old games for new systems. Many of older games have been republished over the last several years by these companies and others, looking to capitalize on the interest.

Nintendo has been especially keen on recapturing the “magic” of their classic games. They have done so over and over through the years, with some of their earliest work coming from porting Nintendo Entertainment games like Super Mario Brothers II to the Super Nintendo Entertainment System. However, they have been using nostalgia in their games for so long that it has gotten to the point that some are criticizing them for relying on nostalgia too much instead of producing new intellectual property.

Irrespective of what reviewers think of these ports, remakes, and updates, they almost always sell well for them. One in particular that I enjoyed immensely recently was the Wii U remake of The Legend of Zelda: Wind Waker. It updated the sound and graphics of the game for a modern platform, see the pictures below for a side by side comparison of the graphics:

Original Legend of Zelda: Wind Waker for the Nintendo Gamecube (2003)

Most of these games were remade with the goal of enhancing and pushing the games graphical bounds. But for some games, audio and user interface were upgraded as well.

And some others were updated and fixed to work with later hardware or software releases. For example, releasing Twilight Princess for the Nintendo Wii while also at the same time releasing it for the Nintendo Gamecube, or Microsoft (through another developer) upgrading Age of Empires II to work nicely with later versions of Windows (like Windows Vista and Windows 7).

The following set of images showcases the various products enhanced by developers:

Funnily enough, the retro style has been in somewhat of a resurgence. Minecraft, one of the best selling games on the PC, has been one such product. It uses a unique retro style that is completely alien to the drive for better and better graphics. Many games are deliberately limiting their capabilities to conform to the 8 bit or 16 bit graphical limitation and their associated audio limitations at the time as well.

Some notable games from this category of games:

And that’s it for the first issue! Let me know if you have any other games you would like to get the word out on in the comments! Any suggestions/news can be submitted to us in the usual way of course too…

If you like this don’t forget to RECOMMEND IT! 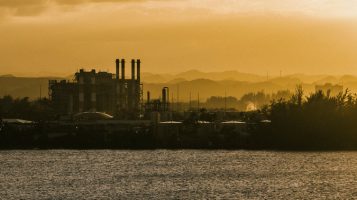